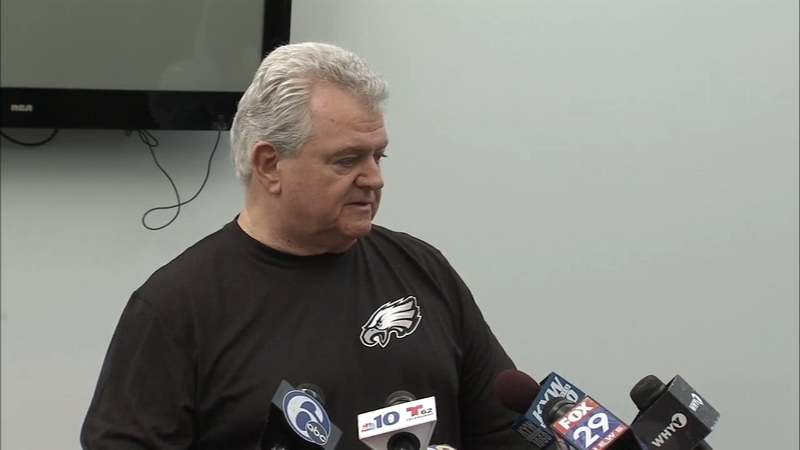 PHILADELPHIA -- Rep. Bob Brady of Philadelphia, a plainspoken former carpenter and cheerleader for the city, will not seek another term in Congress, giving up the seat he's held for two decades, his office said Wednesday.

Brady revealed the news to reporters and Democratic Party ward leaders in Philadelphia, his hometown and the city where he has been the longtime Democratic Party leader. His decision comes amid an FBI corruption investigation involving Brady's campaign.

Brady, the senior Democrat on the House Administration Committee and a member of the House Armed Services Committee, rose through the ranks of the city's powerful carpenters' union and Democratic Party.

In a statement, he called himself "the luckiest guy in the world" and said he loves his job, but also said it was time to spend more time with his wife and family, including great-grandchildren.

Rep. Bob Brady announces he is not seeking re-election. Watch his full news conference from January 31, 2018.

Brady, 72, was facing a potentially stiff primary challenge from a former city official, Nina Ahmad, as his district faced near-certain changes now that a gerrymandering lawsuit has prompted the state Supreme Court to order a redrawing of the boundaries of Pennsylvania's 18 congressional districts. The decision is on appeal by top state Republican lawmakers at the U.S. Supreme Court.

Brady's district is heavily Democratic, and will likely remain in Democratic hands, although changing demographics - younger and more minority residents - posed a challenge for Brady.

In a statement, House Minority Leader Nancy Pelosi called Brady "a forceful champion for working people in Pennsylvania and across the nation" and the "Mayor of Capitol Hill."

Brady's retirement means there are six open seats in Pennsylvania, the most in decades. Four Republican congressmen have announced that they would not seek re-election - one, Lou Barletta, is running for U.S. Senate - while another Republican congressman, Tim Murphy, resigned in a scandal last fall.

The FBI last year filed charges against four people in an investigation into a payment Brady's campaign made to a primary opponent in 2012. Three people have pleaded guilty, including a political consultant to Brady.

Brady's campaign gave a city judge who challenged him in the 2012 primary $90,000 to quit the race, according to the plea memo unsealed after the judge's campaign aide pleaded guilty to breaking campaign finance laws. And Brady himself tried to "influence" a witness in the case, according to prosecutors, who said they filed the case under seal for fear he would "corrupt(ly)" pressure the aide not to cooperate.

Brady has not been charged. His attorney has said the congressman never did anything wrong and would not face charges due to the statute of limitations having expired.