Residents in South Philadelphia fed up with delayed road repairs 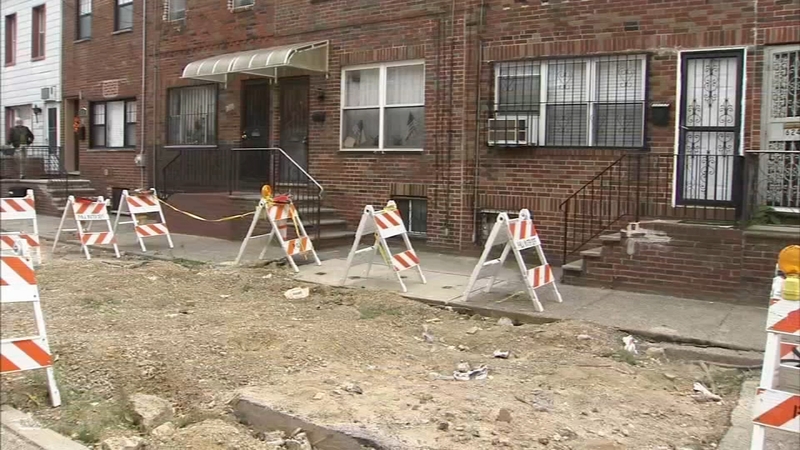 Residents in South Philly fed up with delayed road repairs

PHILADELPHIA (WPVI) -- Some residents on the 600 block of Watkins Street told Action News they are fed up with the delayed restoration on their block.

"When people come over to my house, I always have to tell them, 'Don't judge me,'" said Brennan Reichlin.

"The Philadelphia Water Department repaired 6-inch water main break this past spring on the 600 block of Watkins Street and referred this to the Streets Department to restore the street, per PWD protocol. While the street was open, other utilities checked on the condition of their infrastructure, which contributed to a delay in restoration. The Streets Department has advised that this street is being scheduled for restoration this fall."

Reichlin said the delayed repairs have brought stray animals to her street along with trash.

"It's dirty, it stinks," said Reichlin.

The Philadelphia Streets Department told Action News they plan to clean and resurface the street sometime this fall, as they have a backlog of similar issues they have to get to first.

Residents also showed Action News a letter from the water department dated in July which said the PWD will begin construction activities on blocks of Watkins Street to replace some sewers and water mains.

Action News reached out to PWD about the letter and they sent this statement:

"PWD is replacing the water and sewer mains on the blocks referenced in the letter that was sent to the neighbors. We have not gotten to the 600 block of Watkins Streets yet, so no additional PWD work was performed in July, 2019. As per PWD protocol, we did cover the hole in the street as a safety precaution."
Report a correction or typo
Related topics:
societyphiladelphiaroad closureroad repair
Copyright © 2022 WPVI-TV. All Rights Reserved.
TOP STORIES
McCormick sues over counting mail ballots in Pa. Senate race
Man stabbed in Northern Liberties, police say
NMAJH reopens with new exhibits, focus on social issues, racism
3 teens injured in shooting near school in Tioga-Nicetown
Former Pa. AG sent to treatment after probation violation
Beach patrols preparing for busy season at the Jersey Shore
NFL QB Dwayne Haskins legally drunk when he was hit, autopsy shows
Show More
City announces $13 million in funding to dredge Schuylkill River
Father puts 1,000 miles on his car to find specialty formula
Philly musician pays tribute to Korean-American heritage
South Jersey veteran surprised with new roof
Nick Foles reunites with Frank Reich, signs with Colts
More TOP STORIES News