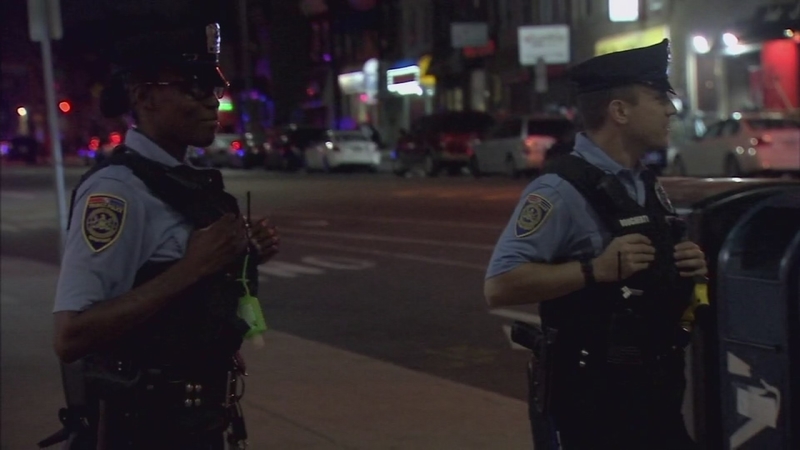 KENSINGTON (WPVI) -- Two SEPTA police officers are being credited with saving the life of a pregnant woman not just once, but twice.

"They were approached by a passerby who said that they saw pregnant female who was unconscious, possibly overdosed," SEPTA Police LT. Michael Fox said.

The two responded and administered Narcan to the late stage pregnant woman twice before she finally regained consciousness.

"At that time, the Philadelphia Fire Department came over to the location and she refused their services. She didn't want to go to the hospital. She didn't want any kind of medical treatment. She got up and left the area," Fox said.

It wouldn't be the last time they'd see the woman.

Forty-five minutes later, the two officers spotted her again unconscious, lying on the sidewalk. This time paramedics scooped the victim up and drove her to a local hospital.

Late Monday night, the officers continued to patrol the city's heroin capital. They couldn't comment on camera, but the disturbing reminder of the opioid crisis was still fresh in their minds and that of their superiors.

"It's devastating, absolutely devastating. It's heartbreaking to see this happen. I am a father, I can only think about my own children. Something like this happen, it's a terrible issue," Fox said.