After near fatal hit-and-run, SEPTA officer back on his feet 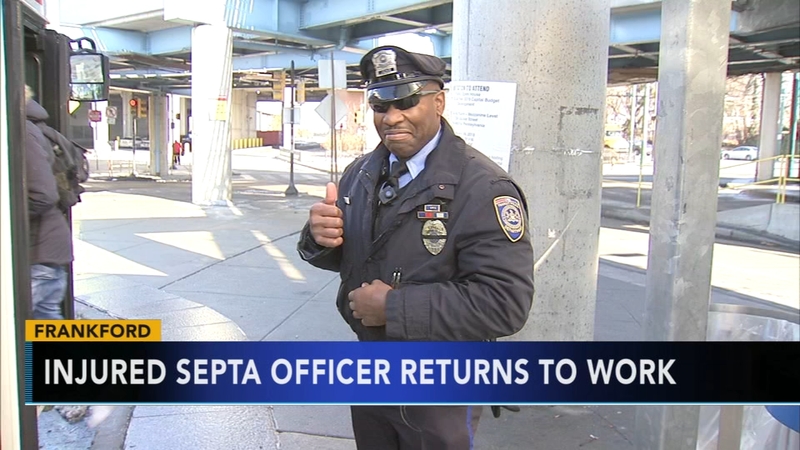 After near fatal hit-and-run, SEPTA officer back on his feet

Miller was struck while on a run with his wife in Northeast Philadelphia in the spring of 2016.

Police say the car came barreling from behind, striking him.

Miller was left on the side of the road with severe injuries. He underwent multiple surgeries for a broken leg, a broken collarbone, a concussion and other injuries.

The hit-and-run driver is now behind bars, but the road to recovery has been long for Officer Miller.

Now, it's back to business as usual!

"Back to normalcy, back to being on my feet, strong and active again. This past year I was doing administrative and said, 'I need to get back out on my feet because he's going to need me.' A lot of people are retiring, high turnover, we got a lot of guys coming in, and the new guys need to be taught by us older heads," Miller said.

Officer Miller says he could have lost a leg during that crash. He also says he lost a lot of weight and was depressed at times during his recovery.

He credits his amazing doctors at Aria-Jefferson Health Torresdale and his faith in God.

And he's not just back to work on active duty and on his feet: he recently ran a half marathon.