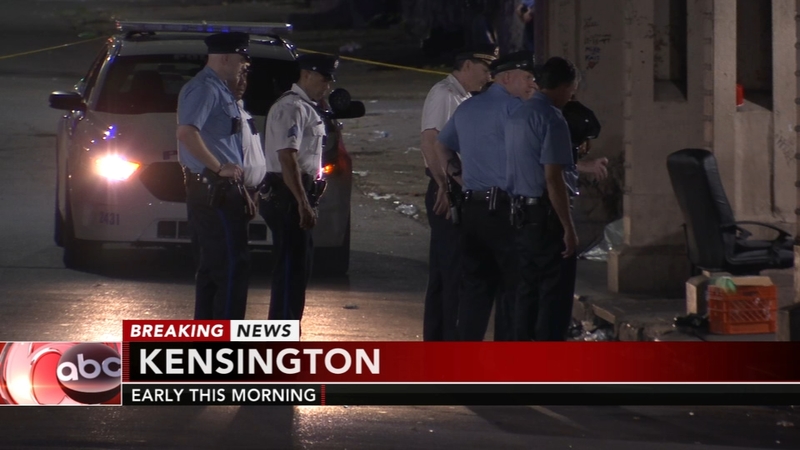 Police say an unidentified man was shot in the head and pronounced dead by paramedics on the 2700 block of N. Emerald Street.

The second victim, a 23-year-old man, was shot in both legs. He's currently in stable condition at Temple University Hospital.

Investigators found a total of nine shell casings at the scene.

Witnesses say the suspect fled the scene on a bicycle. A man matching his description was spotted nearby and is being questioned at the Homicide Division.

The area where the shooting occurred is underneath a train trestle, and Philadelphia police say it is known to be an area where homeless people stay.

Images from the scene show a number of tents set up along the sidewalk.

Police are asking anyone with information to call 911.