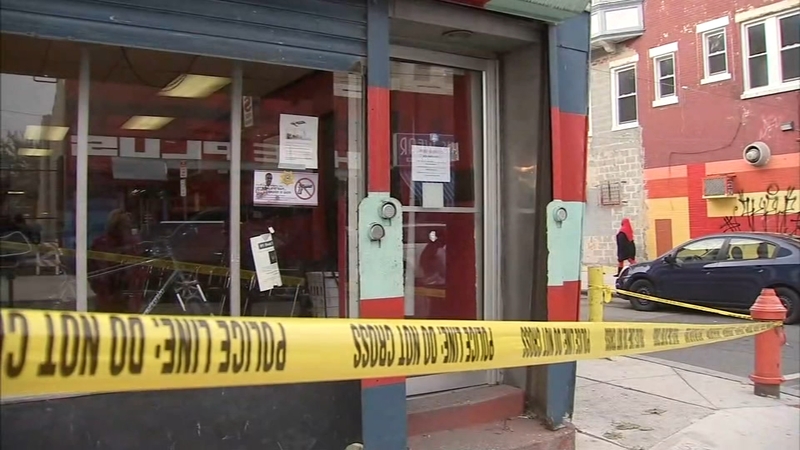 PHILADELPHIA (WPVI) -- A fight inside of a North Philadelphia barbershop ended in gunfire on Monday, but authorities say the owner of the shop claims the shooting was in self-defense.

Surveillance video from an adjacent business shows the man who was shot stumbling down the 2600 block of Germantown Avenue, with the assistance of a woman.

This was just moments after he was shot by the barber inside the corner spot around 10 a.m.

The place bears the name of a tax preparation company, but this is actually a busy barbershop along bustling Germantown Avenue.

Police tell Action News this all started when that man arrived at the barbershop along with a woman who knows the barber and was involved in some sort of ongoing dispute with him.

The barber then, apparently fearing for his life, pulled a gun he is licensed to carry and fired at least twice.

The man was hit in the groin and abdomen. Surveillance cameras then captured the man being put into a police cruiser. Officers transported him to the hospital.

The man who was shot is in critical condition.

Police say there is surveillance video inside the barbershop that they now need to sort through to decide on charges.