Boy, 16, dies after being shot in Northeast Philadelphia 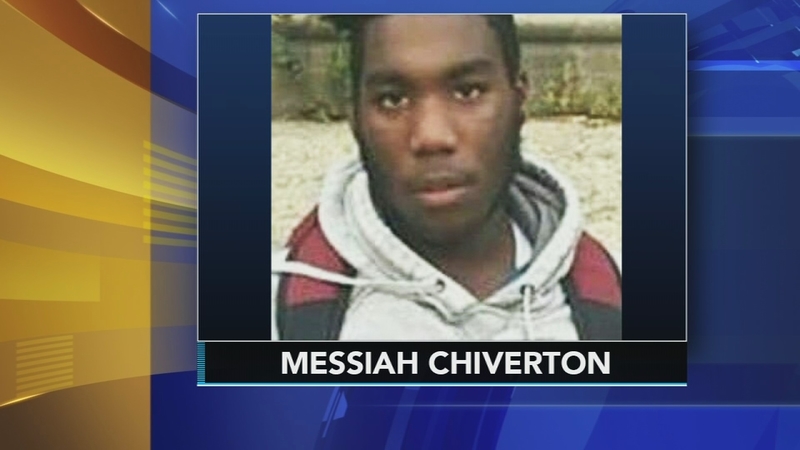 16-year-old Messiah Chiverton had been in critical condition since the October 11 shooting.

He was shot in the head in the 2100 block of Magee Avenue during a fight with other teens.

He was charged with aggravated assault and attempted murder. That charge will now be upgraded to murder.

Chiverton was a junior at Frankford High School.

"They really have to stop this, it don't make no sense. He took my son, for nothing. For nothing," his mother, Shameeka Smith, told Action News after the shooting.

"What we do know is there was a group from Frankford that traveled all the way up to Bustleton and Magee and they were looking to engage in a confrontation with a group from Northeast High School," said Capt. John Ryan of Philadelphia Police.

As the family's nightmare continued, Messiah's paternal grandmother wanted to know why are all these guns out here on the street, and so readily available to so many.

"You don't understand how someone could take someone else's life. It doesn't matter what goes on. We need to get these guns off the street. He was 18 years old, that boy was 18 years old that shot my son 16-year-old grandson. There's no reason. Why does he have a semi-automatic handgun?" said Cynthia Chiverton.
----------
Send a breaking news alert
Report a correction or typo
Learn more about the 6abc apps
Related topics:
northeast philadelphiaphiladelphia newsshooting
Copyright © 2022 WPVI-TV. All Rights Reserved.
TOP STORIES
AccuWeather Alert: Snowy Thursday Morning Commute
Woman says someone followed her in Center City using Apple AirTag
3rd person dies following hepatitis A outbreak in Montco
How to order your free COVID tests from the government
3 police officers charged in shooting death of 8-year-old Fanta Bility
Gunman runs back to fire more shots at victim inside store: Police
400M N95 masks available to the public for free starting next week
Show More
Cracker Barrel to pay $9.4M after man was served glass with chemical
New York AG says Trump's company misled banks, tax officials
Airlines worldwide rush to change flights over US 5G problems
Main Line Health says cloth masks are no longer allowed
Victim fatally shoots suspect trying to steal car in SW Philly
More TOP STORIES News