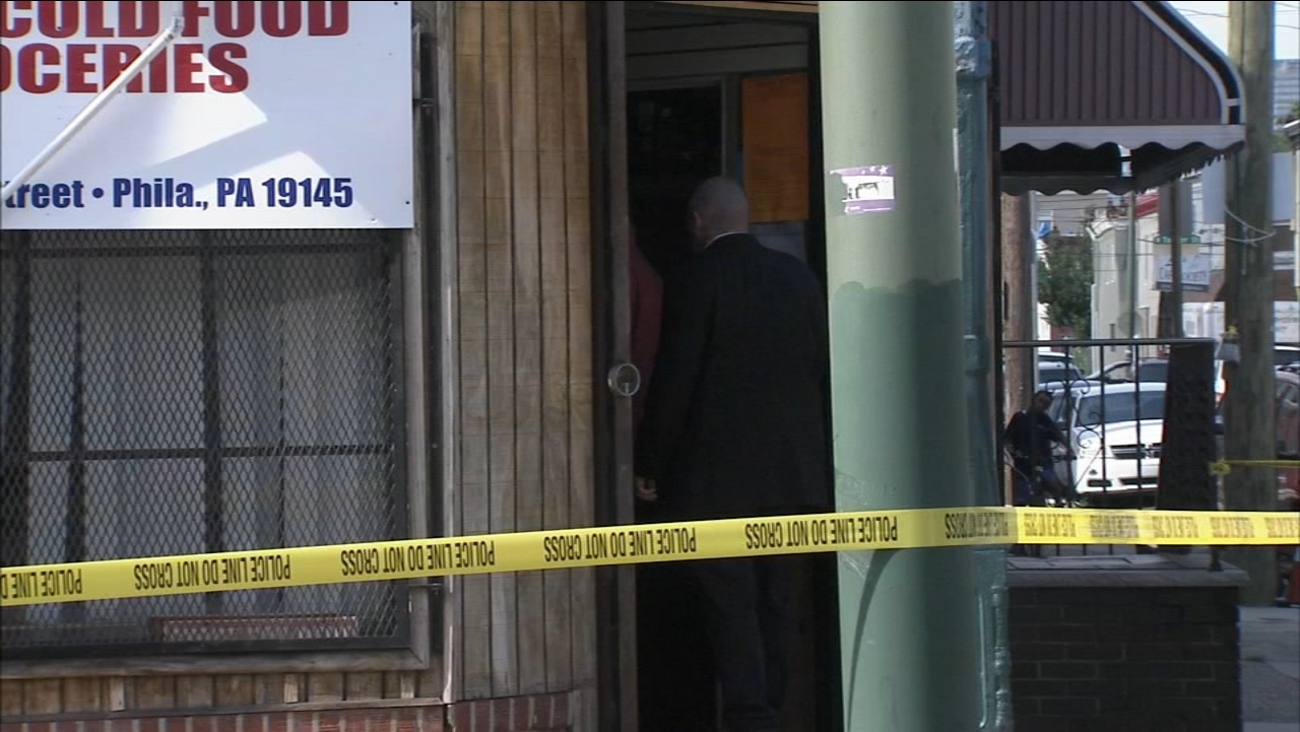 PHILADELPHIA (WPVI) -- A Philadelphia store owner was rushed to the hospital after gunfire erupted inside his business on Monday afternoon.