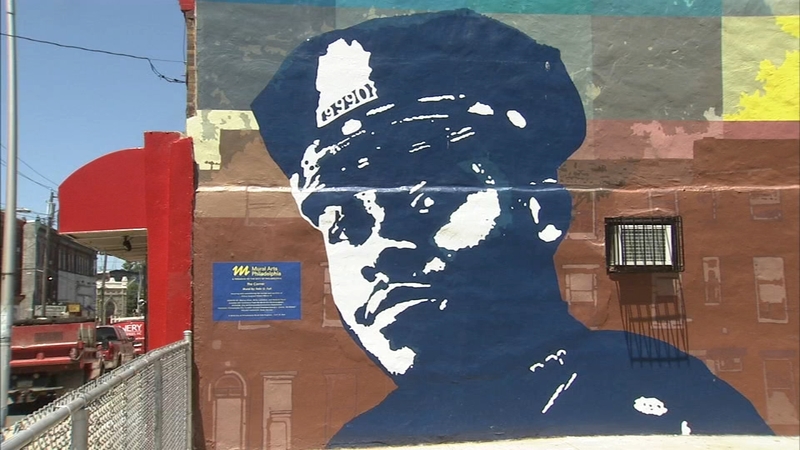 PHILADELPHIA (WPVI) -- The smiling face of a hero who made the ultimate sacrifice now stands proudly at the 29th and Ridge corridor in Strawberry Mansion.

It's how the city wants everyone to remember the late Sergeant Robert Wilson III.

The eight-year veteran of the Philadelphia police force was killed in the line of duty in 2015.

He was shopping at a North Philadelphia GameStop when two armed robbers entered the store. Wilson was shot and killed protecting shoppers and employees.

The police recordings in the wake of the shooting reveal the raw emotions from the crime scene.

The tribute to Sgt. Wilson was designed by artist Felix St. Fort and painted with help from the Restorative Justice Guild.

"It reminds me of Rob when he worked for me as a lieutenant. He always had a smile on his face and did what was necessary to get the job done. It breaks my heart to look at that mural to realize the sacrifice that he gave," said Capt. Kpana Massaquoi of the 22nd Police District.

The captain adds that he hopes it also serves as a reminder that Sergeant Wilson was all about community and working together, and that he was the embodiment of an officer who served and protected.

The 29th and Ridge corridor is also undergoing community revitalization, and they say they couldn't think of a better hero to smile over and protect their neighborhood.