Police: Teen shot by friend trying to wake him for school in Southwest Philadelphia 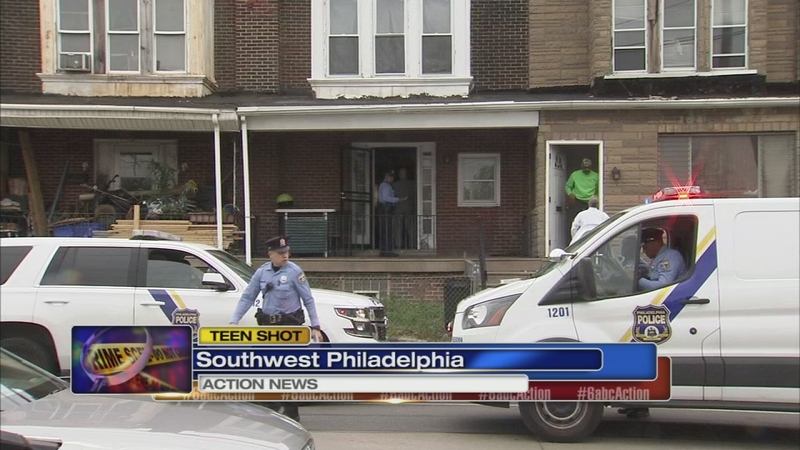 Police: Teen shot by friend trying to wake him for school

SOUTHWEST PHILADELPHIA (WPVI) -- Police say a teenager was accidentally shot in the face by a friend who was trying to wake him up for school.

It happened just after 7 a.m. Monday at the victim's home in the 5300 block of Lindbergh Boulevard in Southwest Philadelphia.

According to investigators, a 16-year-old was trying wake up a 17-year-old.

When the 17-year-old didn't wake up at first, police say the 16-year-old pointed a gun at him. He allegedly told investigators he did it as a joke.

Watch Action Cam raw video from the scene where a teenage boy is in critical condition after being shot in the eye in Southwest Philadelphia.

The 17-year-old woke up, but the gun startled him. When he went to push it away, the gun went off, investigators say.

Medics rushed the victim to Children's Hospital of Philadelphia in critical condition.

There was no word on any charges as the investigation continues.

Police are also working to determine where the gun came from.