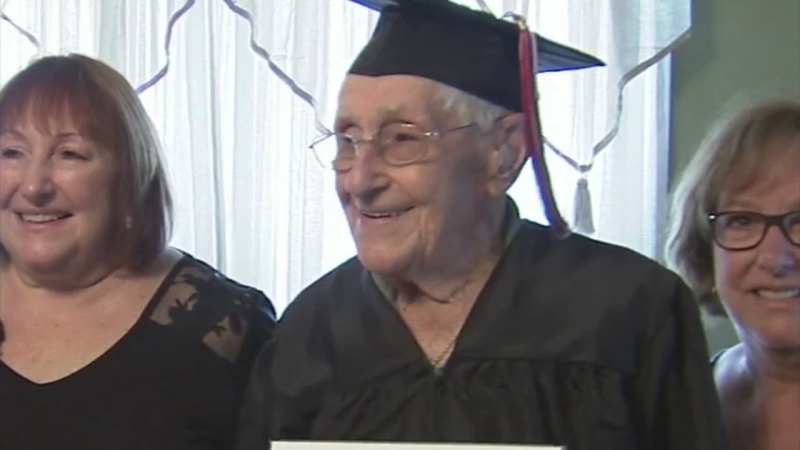 It's been the dream of a lifetime for Charles Leuzzi, a decorated World War II veteran.

His family made it all possible.

Leuzzi was forced to leave high school his junior year to support his family, the 97-year-old was then drafted as a teen to fight in World War II.

When asked how does it feel to finally get your diploma.

"This is good. I finally done it. I had to wait a long time for it, but I got it," Leuzzi said.

His daughter, Beverly Pintarelli said, "It meant everything, especially when he saw all his friends. Just living to be 97 is a blessing. We're happy we made him happy with a lifelong dream."

He might be the oldest member of the class of 2017, but his dreams don't end here.