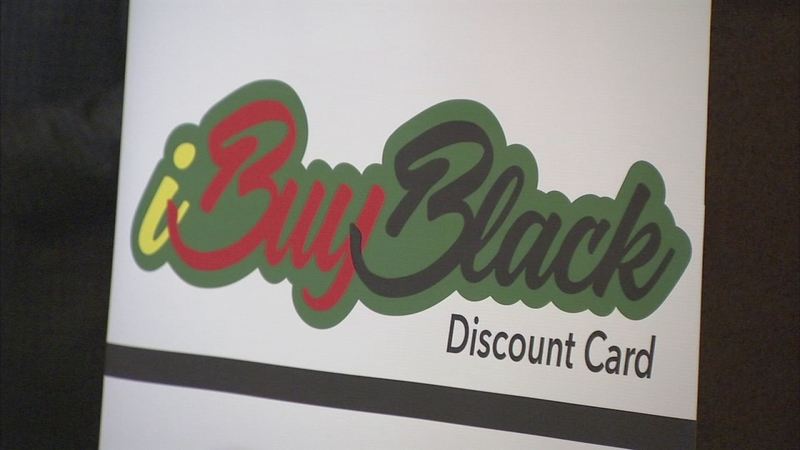 WEST PHILADELPHIA (WPVI) -- A new program is being launched with the idea of keeping your dollars in your community.

African American business owners say this program is aimed at encouraging city residents to spend their dollars at black owned businesses. And with a discount card, the hope is they will do just that.

Action News asked one resident if they made a conscience effort to buy from a black owned business.

"Yes I do. The only way a black owned business is going to thrive is if we patronize them," said James Ockimey of West Philadelphia.

But not enough Philadelphians are doing this.

Michael Rashid, PCOL Cultural Community says, "On average, a dollar earned by a black worker, stays in the black community for only 6 hours."

Woodall says as a black business owner, "Those dollars don't come our way, and that those dollars and resources leave the community very fast."

A coalition of city leaders and black business owners are hoping to change that, by pushing an iBuyBlack discount card that offers markdowns up to 15 percent every time card holders shop at local, participating businesses.

Rashid says, "It has nothing to do with racism, it's just spending your own money in your own family."

Jude Arijaje of Minuteman Press says, "If you spend money in your community, it translates into helping your community into growing, prosper and thrive."

Arijaje's business is in South Philadelphia.

So far, about 80 businesses have signed up to participate in the program, and organizers are hoping to have 500 along with 10,000 card holders by the end of the year.