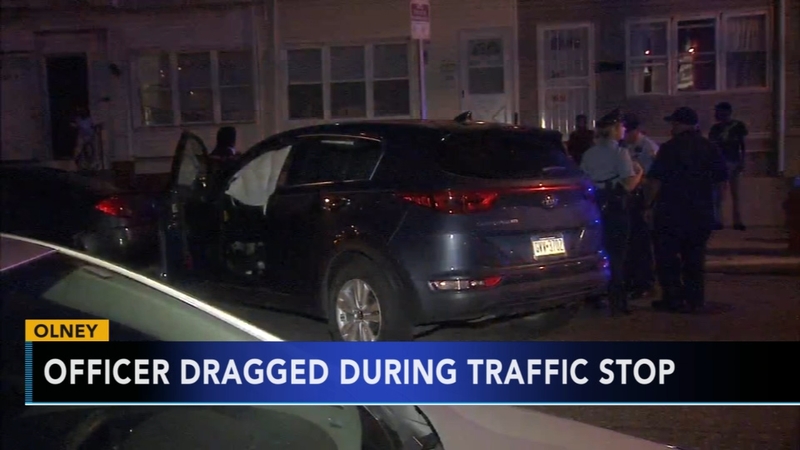 The incident occurred at 3rd and Fisher streets in the city's Olney section around 7 p.m. Tuesday.

Officers pulled a car over for a traffic violation.

The officer approached the car, and extended his arm into the car to accept the driver's credentials when the driver drove off, dragging the officer roughly 10 feet.

After the officer broke free, the fleeing car struck another car.

Two people were injured in that accident, and were transported to Albert Einstein Medical Center for non-life threatening injuries.

The driver of the fleeing car now faces a number of charges.

"He'll be charged with the assault on police and related charges, as well as the traffic infractions that he was initially stopped for. Luckily, the 35th district officer, who was in full uniform operating a marked police vehicle, that officer is not injured," said Chief Insp. Scott Small.