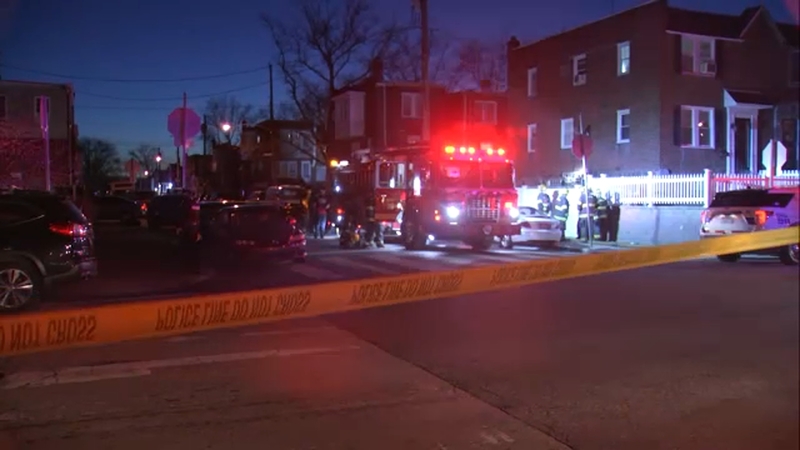 PHILADELPHIA (WPVI) -- A man who threatened to blow up his Philadelphia home while barricaded inside was taken into custody on Thursday night, according to police.

Police arrived to the 900 block of Anchor Street in Oxford Circle to find a woman running out of a home, telling an officer she was the victim of domestic abuse at the hands of her husband.

"The officers tried to enter the property at which time he starts throwing knives and other objects at the officers. He was telling the officers from the time they arrived that he had explosives, he had gasoline, he was armed with rifles," said Philadelphia Police Captain Johnny Walker.

Neighbors panicked when he allegedly yelled that he was going to blow up his house.

"He had the gas lit and he was gonna blow up the whole house; it was scary for all of us," said neighbor Gina Gigi.

"It was crazy, my whole family had to come outside. We were out here for hours while they tried to get him out," said neighbor Ron Vincent.

PGW and PECO crews were called to shut off the gas and electricity while negotiators and SWAT tried to communicate with the man.

"He would sit out here in the porch for hours talking to himself," said neighbor Ron Vincent.

Finally, after more than two hours, negotiators successfully talked the man into giving himself up without any further incident.

"He's not mentally stable. He's a good guy, he's got issues and he needs help, but he definitely threatened to blow up the whole block," said Gigi.