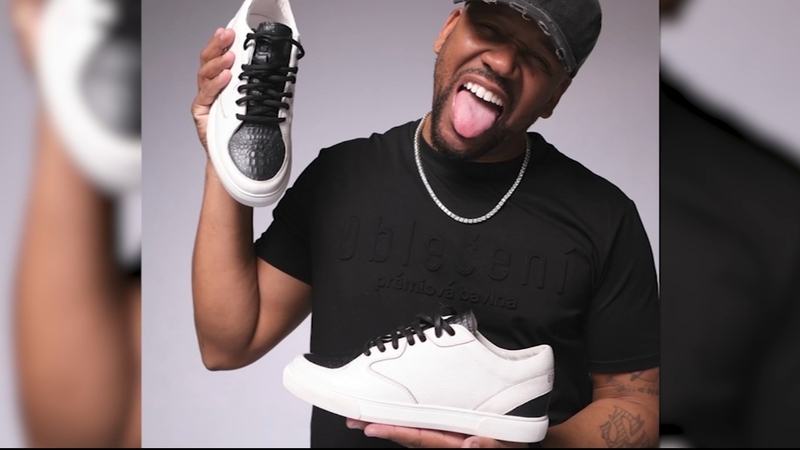 PHILADELPHIA (WPVI) -- A rising entrepreneur in Philadelphia is sharing his story of redemption after spending years behind bars.

Darrell Alston is the CEO of Bungee Obleceni, an apparel line based in Kensington. He sells intricate shoes and apparel, which goes back to his time in prison.

"Bungee stands for all the ups and downs in my life," said Altson.

The Obleceni means apparel in Czecho-Slovakia because he was looking for synonyms to apparel.

Alston used to be a rapper and went to prison three times. The last time he served six years on drug-related charges. That's when he started sketching.

Alston was released in 2012 and said he felt like he didn't have much hope. He started working in a barbershop, but one day, someone saw his sketches and encouraged him to pursue creating a brand.

His designs eventually caught the attention of key players including investors. He started small, selling his items out of the trunk of his car and at the barbershop.

During the pandemic, Alston received the ultimate gift, which gave his business the jumpstart it needed.

He linked up with venture capitalists, which gave him the money to move into his showroom and also work with higher-end manufacturers in Europe.

Alston is also the first recipient of the LEAP Program created by Vault Communications. The purpose of the program is to help Black business owners.

"I thought to myself, 'What can I do to support Black businesses and economic momentum and job growth in neighborhoods," asked CEO Kate Shields.

Vault Communications was inspired to help after the racial tension following the death of George Floyd.

Alston is receiving a year of free public relations and marketing help. He said his success is attributed to his testimony.