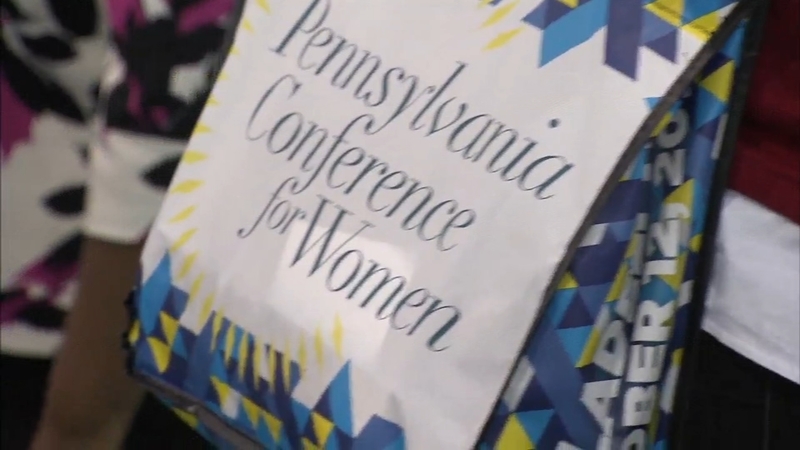 PHILADELPHIA (WPVI) -- It was so many things at the Pennsylvania Conference for Women Friday, a women-owned business marketplace, a health and wellness pavilion, workshops lead by 6abc journalists and all with the same goal, to empower women.

Anxhena Azo of White Plains, NY said, "It's just an exciting time to be a woman because you see more and more people standing up for women's rights."

From listening to inspiring speakers like Amal Clooney and Serena Williams to networking in the exhibition hall. Each of the 10,000 people here came to the Pennsylvania Conference for Women with a goal in mind.

"Building a personal brand. I think that's one of the topics that has resonated with me," said Tina Angale of Jersey City, NJ.

Backstage we spoke with comedian and disabilities advocate Maysoon Zayid, who is developing an autobiographical sitcom for ABC about a woman with Cerebral Palsy. Her message? Be kind.

"Don't torture yourself making people who will never like you like you but at the same time, don't be that person that makes other people hate themselves," she said.

Between the #Metoo movement and midterm elections quickly approaching, the issues addressed at the conference were wide-ranging.

Charreah Jackson of Essence Magazine said, "What happens to the general population for women is happening at even higher levels for black women. Whether it's closing the wage gap, whether it's access to reproductive health choices."

Irene Lu of South Philadelphia added, "I'm always listening to the news and hearing what's happening out there. It's really disheartening."