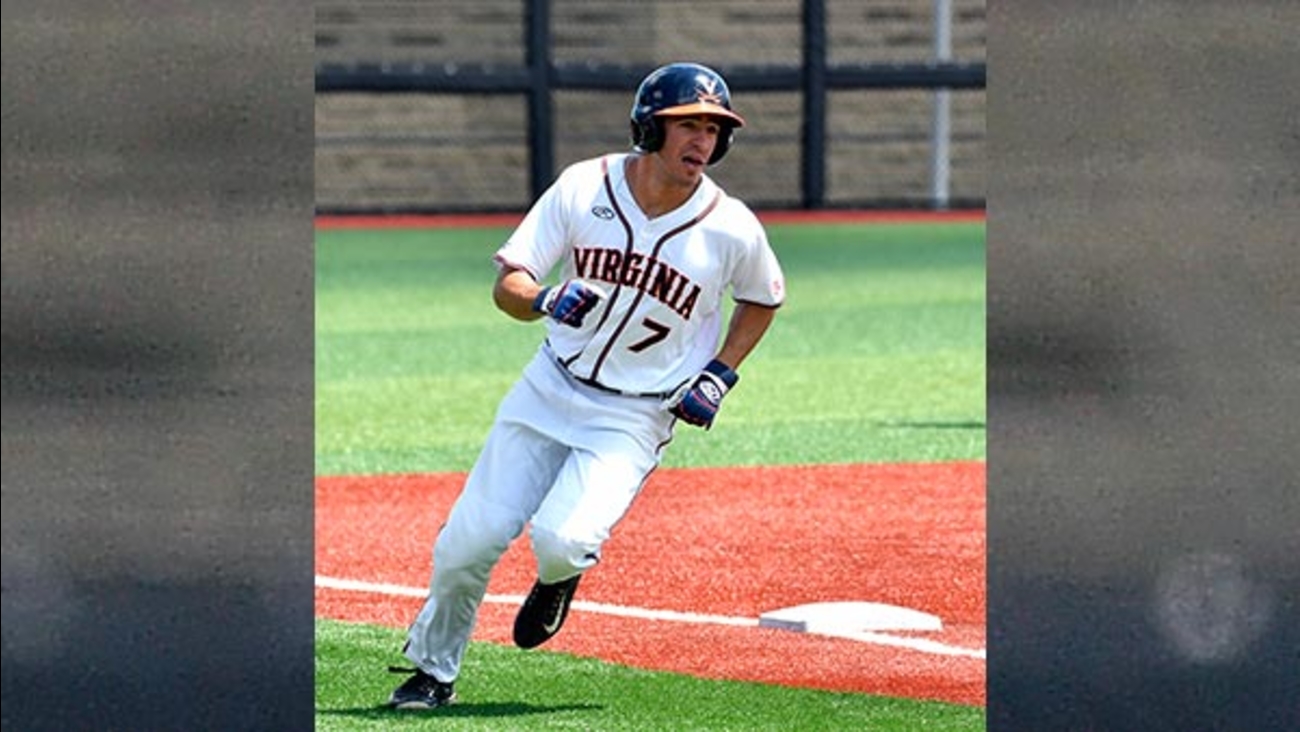 Virginia's Adam Haseley (7) rounds third bas on his way to score during the Atlantic Coast Conference baseball tournament against Clemson in Louisville, KY, Friday, May. 26, 2017 (Timothy D. Easley/theACC.com via AP)

The Philadelphia Phillies selected OF Adam Haseley from the University of Virginia with the 8th overall pick in the 2017 First-Year Player Draft.

The 6-foot-1, 195-pound Haseley is the first collegiate position player selected by the Phillies in the first round since Chase Utley (UCLA) in 2000 and is the fifth player ever from the University of Virginia to be selected by Philadelphia.

With the 8th overall pick in the 2017 #MLBDraft, the #Phillies have selected OF Adam Haseley from the University of Virginia. pic.twitter.com/eehYThZ9Cp