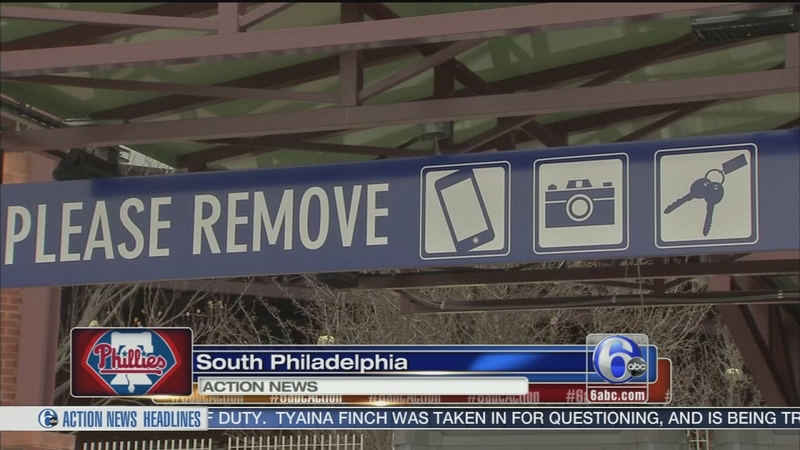 SOUTH PHILADELPHIA (WPVI) -- Fans heading into Citizens Bank Park for a Phillies game this season will see something a little different.

Metal detectors will be up and running this Friday and everyone at every gate will have to pass through one.

The Phillies ran a pilot program at the end of last season, which they say helped streamline the screening process.

"It's a shame it has come down to this, but you need it in today's society and help fans feel safer and more secure," said Buddy Treen of Ocean City, N.J.

The Phillies say you will have to allow for a little extra time as you head into the park, but that the metal detector takes just one second to pass through.

They urge everyone to check their list of prohibited items. Last year the biggest offender included pocket knives, and they will be confiscated.