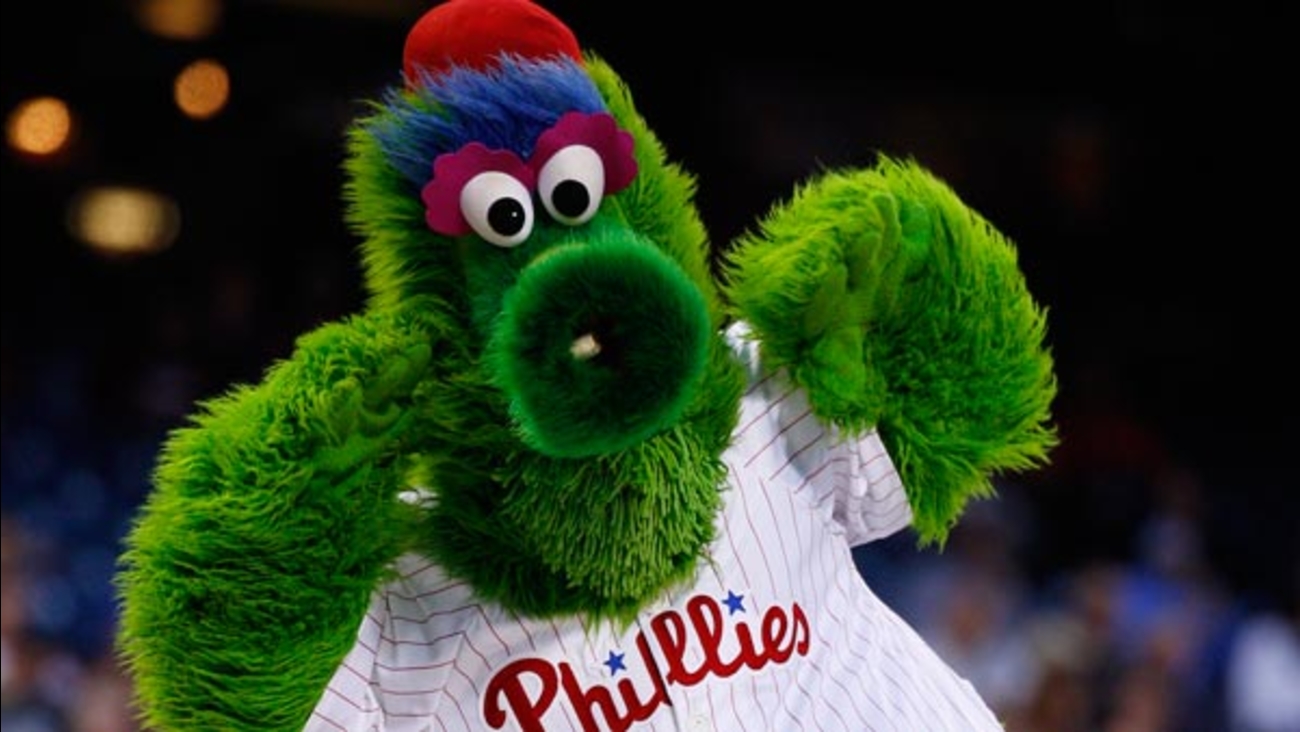 PHILADELPHIA (WPVI) -- The newest recruit to the Philadelphia Police Department? The Phillie Phanatic.

When Miami Marlins' pitcher Jose Fernandez stole the keys to the Phanatic's ATV prior to Wednesday's game, the Galapagos Island native took matters into his own green, furry hands.

Looking for help, the Phanatic pleaded his case to a nearby Philadelphia police officer on the field, even miming the act of arresting Fernandez for his criminal activity.

The officer, understanding the plight of the Phanatic, presented the Phillies mascot with handcuffs.

For his part, Fernandez did not flop like a fish. He accepted the consequences of his actions and was put in Phanatic's handcuffs without incident.

In Philadelphia, the mascots who investigate these crimes are members of an elite squad. These are their stories: https://t.co/v6Tg1NlKGs

And this was all legal, according to the Philadelphia PD.

"For anyone who asks - we deputized the Phanatic ahead of time, so yes, this was a legal arrest. Go @Phillies!" Eric Gripp, the Social Media Manager for the Philadephia Police Department tweeted.

For anyone who asks - we deputized the Phanatic ahead of time, so yes, this was a legal arrest. Go @Phillies! https://t.co/eiRrg0dr1c