Center field is a glaring hole for the Phillies. Is the controversial Odubel Herrera the solution? 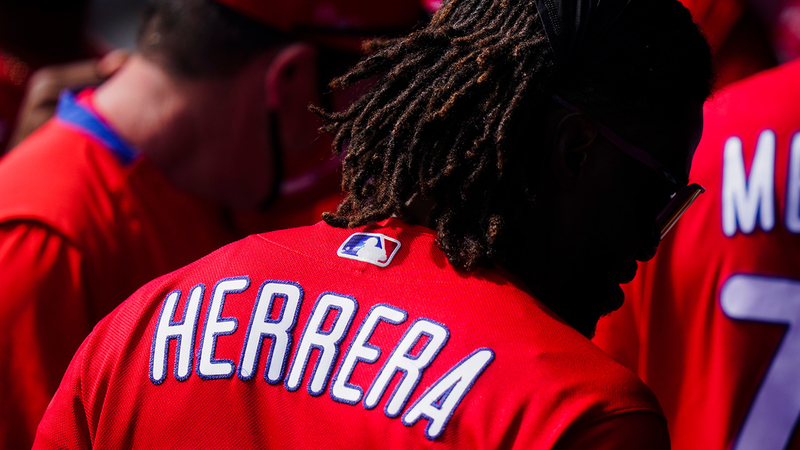 Is the controversial Odubel Herrera the best solution in center?

PHILADELPHIA (WPVI) -- Well, our excitement with the Phillies has turned into disappointment.

An undefeated early start is long gone with the team dropping to .500.

The issue? The bats just haven't shown up yet.

And the biggest problem has been the center field position. Through 14 games, the has position failed to record a single hit.

Imagine that; a new Major League record for ineptitude. The time has come where the team realizes it needs to do something to upgrade that position.

The answer could come in Odubel Herrera, who has not played in the Majors since his May 2019 arrest on domestic violence charges. He was banned for the rest of that season and wasn't with the club during last summer's abbreviated season.

The truth of the matter is his numbers were probably enough to earn him the starting job in center, but from a PR position, the team probably didn't want to deal with the negative publicity and likely massive backlash from fans that would've come had he been introduced on Opening Day.


My guess is that he'll be back up with the big club sooner rather than later.

It'll be interesting to see if the clubhouse accepts him. I wouldn't be surprised if some of the leaders have already made it known that having him up could be an issue.