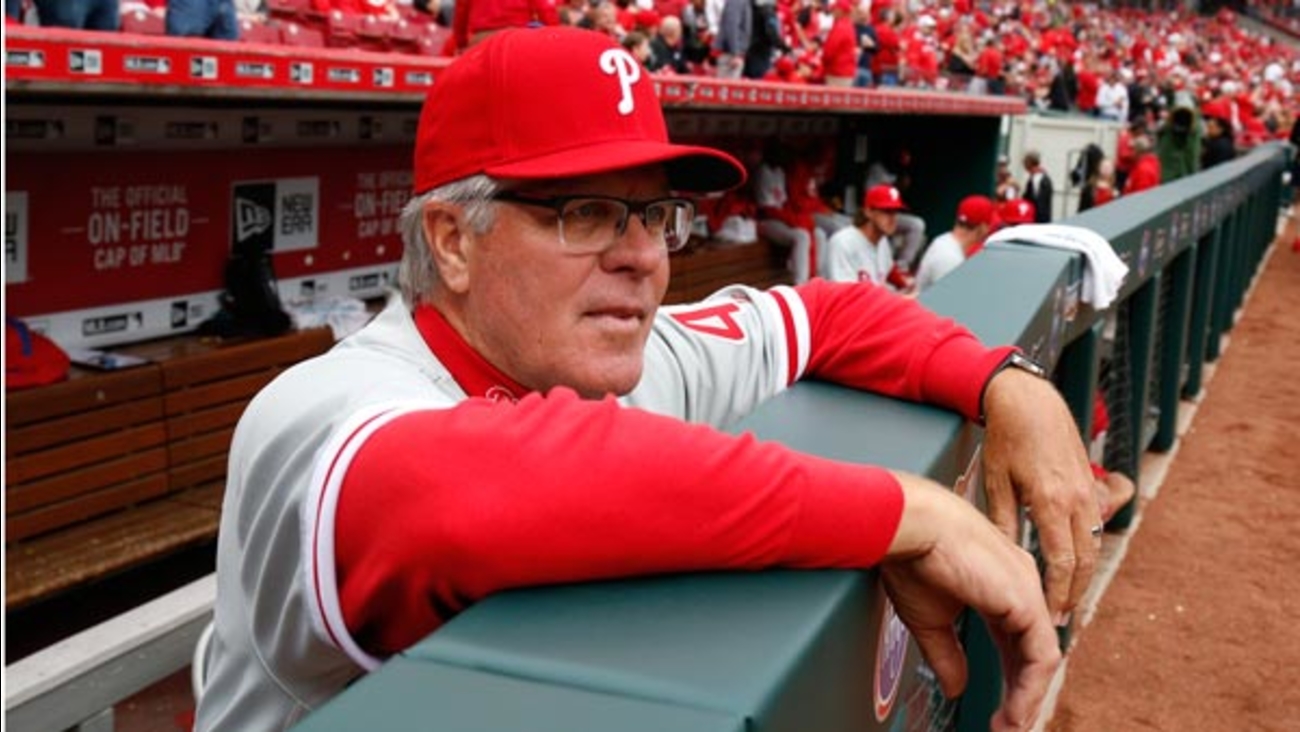 Philadelphia Phillies manager Pete Mackanin waits for play to begin before the first inning of a baseball game against the Cincinnati Reds, Monday, April 3, 2017, in Cincinnati. (AP Photo/Gary Landers)

PHILADELPHIA -- The Phillies have extended manager Pete Mackanin's contract through next season with a club option for 2019.

Mackanin is 121-160 since replacing Ryne Sandberg on June 26, 2015. He was in the final year of a contract before signing a new, two-year deal on Thursday.

Mackanin served as Philadelphia's bench coach for four seasons from 2009-12 under Charlie Manuel. The team won three of its five consecutive National League East Division titles in that span. He became the third-base coach in 2014 and served in that role until Sandberg abruptly resigned.

Mackanin is 174-213 in his managerial career, including stints as an interim manager with Pittsburgh and Cincinnati.
------