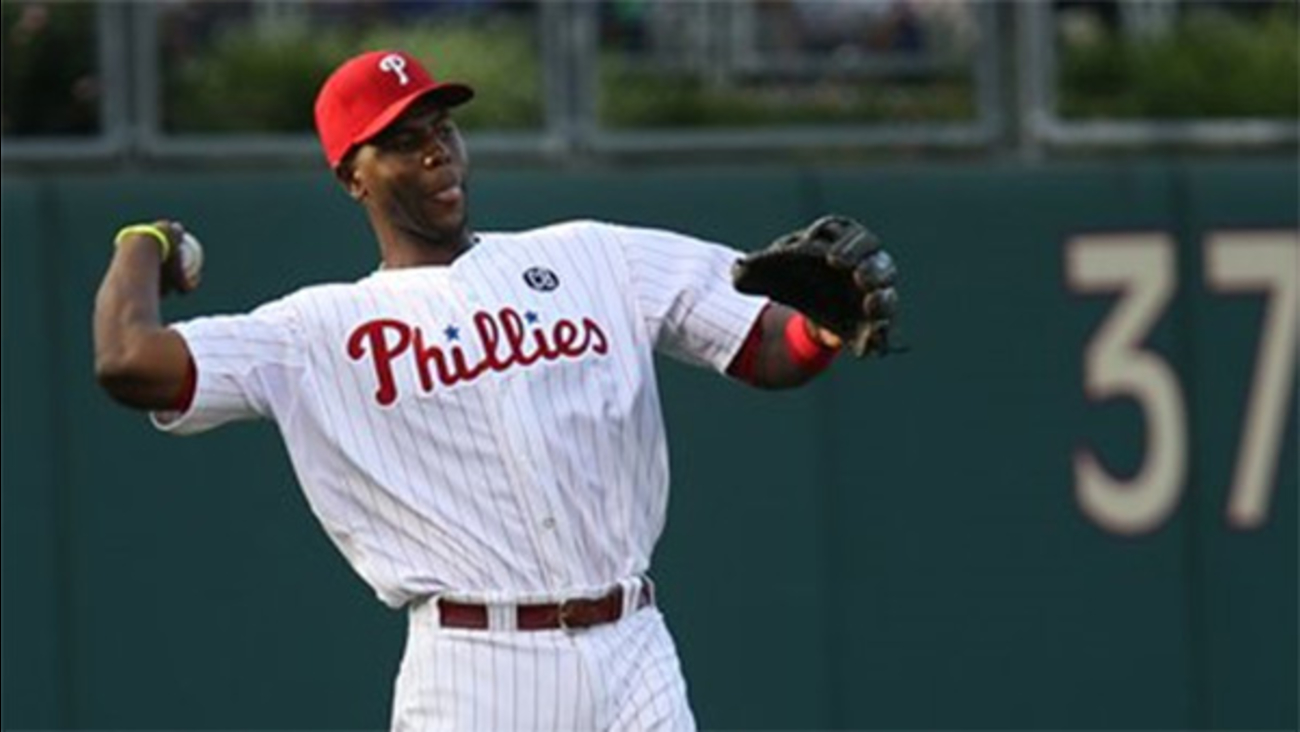 The trade is in exchange for minor league third baseman Gustavo Pierre.

With inflammation in his left wrist, he had recently been on a rehab assignment with triple-A Lehigh Valley.

Much of Mayberry's MLB career has been with the Phillies. He was acquired by the team in 2008 from the Texas Rangers.

As for Pierre, the 22-year-old Dominican Republic native has split this season between single-A Dunedin and double-A New Hampshire.