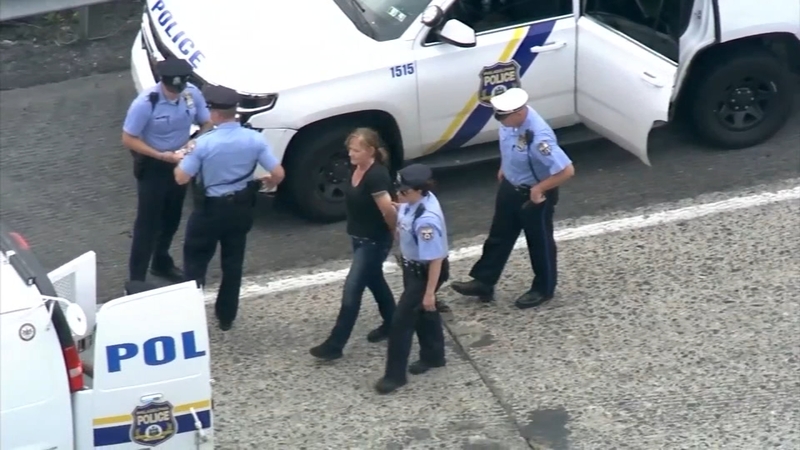 NORTHEAST PHILADELPHIA -- A woman was arrested on Interstate 95 after fleeing a traffic stop and injuring an officer in Northeast Philadelphia, police say.

The incident began around 10:46 a.m. Friday when an officer noticed a driver going in and out of traffic at a high rate of speed on I-95 at Bridge Street.

The officer stopped the vehicle, and noticed a female driver who appeared to be high on narcotics, police said.

The woman told the officer she didn't have any information and sped off, according to police. The officer was caught by the car and dragged about five to 10 feet.

Chopper 6 over police activity on Interstate 95 in Northeast Philadelphia on July 27, 2018.

That officer suffered a knee injury and was taken to the hospital.

The driver was stopped by police on I-95 at Academy Road. She was arrested for DUI and related offenses.

Chopper 6 was over the scene as the woman was placed into a police van.