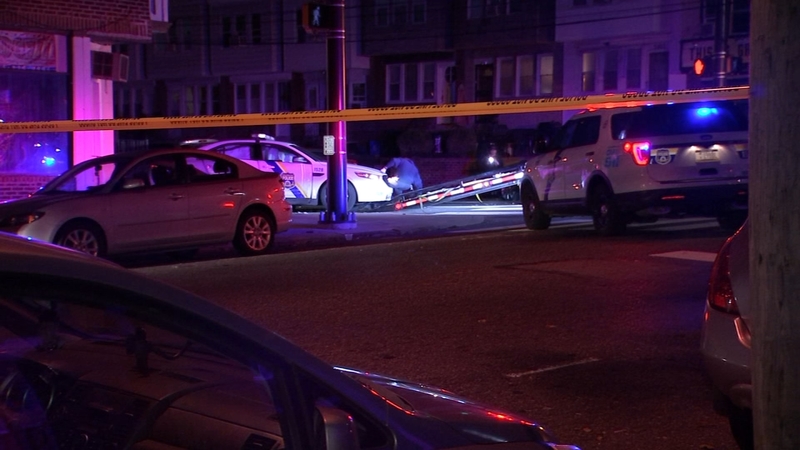 PHILADELPHIA (WPVI) -- A Philadelphia police officer was injured in a crash in Mayfair on Monday morning.

Officials said the officer was trapped inside the vehicle for a brief time and she had to be extricated by rescue crews.

She was taken to Temple University Hospital where she is currently in stable condition.

The driver of the Mazda got out of the car and was on the ground.

"We heard like a loud bang, so when we came out, there was someone laying on the side," described Raul Feliciano of Mayfair.

"Then I ran out, and that's when I see the cop. The cop was stuck in the car, and the guy from the other car was laying on the ground," according to another neighbor, Donna Rohrich.

She continued, "He just kept saying his neck hurt, and that's when he hollered, 'Where were the sirens?'"

Officials said the officer was trapped inside her vehicle for a brief time. She had to be extricated by rescue crews.

"I found a police car against my mom's wall. It was actually in our wall," said Ruth Pullin.

Police explain the officer had been responding to a double shooting in Juniata Park at a club near a gas station. The shooting left two people in stable condition. The officer crashed on the way.

Two parked cars were also hit, including one that belongs to Feliciano, who added that they don't normally park there but their usual spot was taken.

"Major damage to the front. We couldn't open the trunk," Feliciano said.