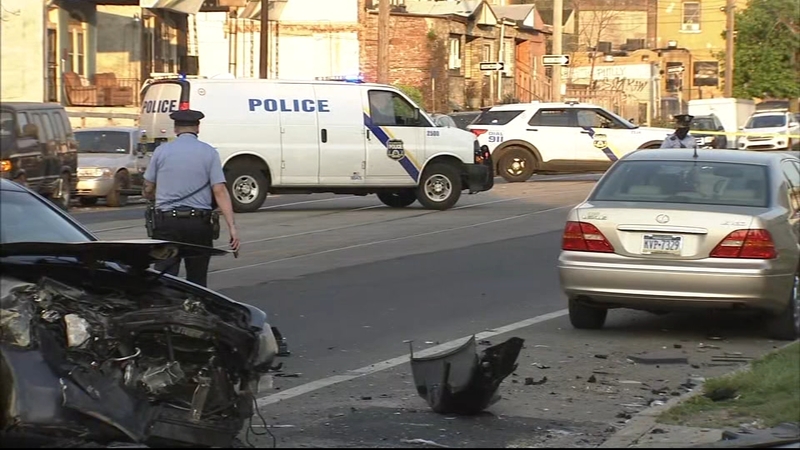 PHILADELPHIA (WPVI) -- A police car transporting a shooting victim was involved in a crash in North Philadelphia.

Philadelphia police were taking a shooting victim to Temple University Hospital when their cruiser collided with another vehicle at Old York Road and Erie Avenue.

Police tell Action News the cruiser had its lights and sirens on.

"It woke me up," said James Damon, who said the impact was so great it felt like his house shook.

The two officers in the cruiser and the shooting victim were taken by SEPTA police to Temple Hospital. The officers are listed in stable condition.

Witnesses say the civilian driver got in an arriving ambulance.

"The ambulance came took the bull and he locked him up," Damon explained.