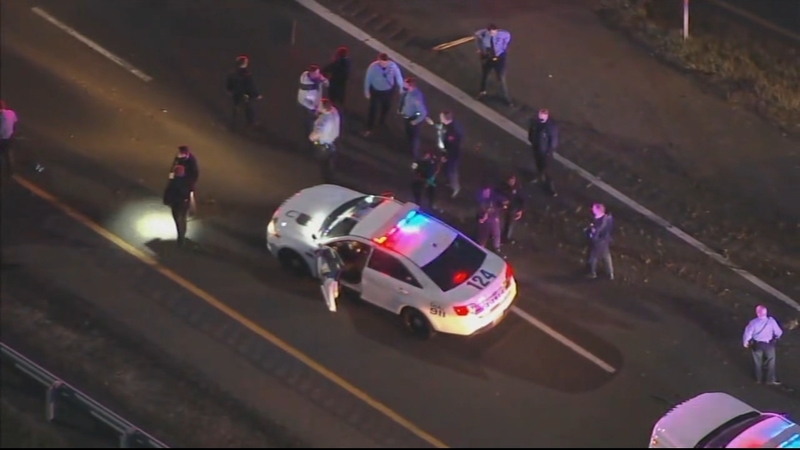 PHILADELPHIA (WPVI) -- Philadelphia police officers chased a suspect into South Jersey following a carjacking and a shooting on Monday night.

It happened around 7 p.m. when police say a woman carjacked a driver on the 5600 of Pentridge Street in Philadelphia.


According to Chief Inspector Scott Small, a 28-year-old man behind the wheel was shot once in the back after getting into an altercation with the carjacking suspect.

The victim was taken to an area hospital where he's currently listed in stable condition.
The 26-year-old female suspect was later spotted in Southwest Philadelphia and led officers on a chase out of the city and onto Route 42 in the victim's Chevy Equinox.

A police chase that started in Philadelphia ended with an arrest in South Jersey on Monday night.

The woman was arrested a short time later after losing control of the vehicle.


Police said she first crashed into a utility pole on the Atlantic City Expressway and then struck a guard rail on an off-ramp near Williamstown Road in Sicklerville, New Jersey.

Chopper 6 was overhead as officers made the arrest. The woman has not been identified.

Detectives said an hour before the carjacking, and five blocks away, the suspect reportedly tried to break into another car but was unsuccessful.

The driver was not injured in that incident.

The suspect was wearing a distinct purple sweatsuit which police said helped witnesses connect her to both crime scenes.


The police chase briefly brought nearby traffic to a standstill on the Expressway. The highway has since reopened.
No injuries were reported to officers or the suspect involved.

Police said the victims did not know the suspect; these violent acts were random.

A weapon has been recovered.

Philadelphia police officers chased a suspect into South Jersey following a carjacking and a shooting on Monday night. Watch the moment a murder suspect crashes during Calif. chase 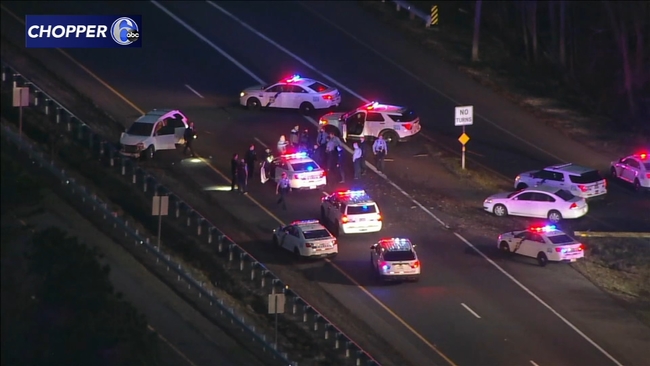