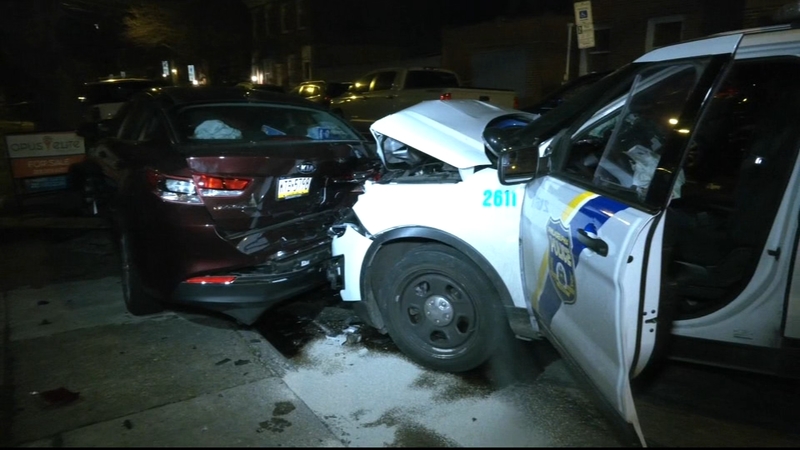 It happened around 12:30 a.m. Thursday at Belgrade Street and East Montgomery Avenue in Fishtown.

Police said both officers were shaken up and taken to the hospital to be checked out.

They are expected to be treated and released.

The driver of the other vehicle was also taken the hospital in stable condition.