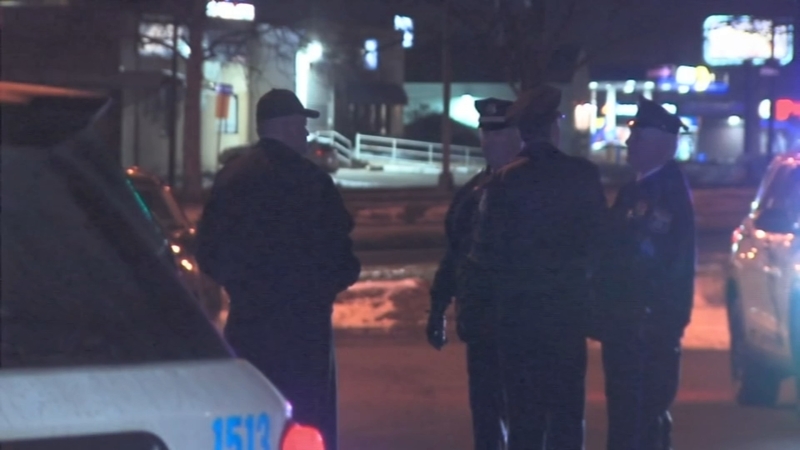 PHILADELPHIA (WPVI) -- Philadelphia police gave an update on the city's gun violence crisis on Wednesday, saying homicides and shootings are down compared to this time last year.

It comes after yet another violent night in the city, which saw several shootings, including one where a drug store security guard was shot while on the job.

The man is expected to survive after he was shot in the foot when he escorted two unruly customers out of the Rite Aid at Broad and Oxford in North Philadelphia.

Now, police are looking for the shooter.

Also on Tuesday night, a man in the Crescentville section of the city was beaten by a group of men, then shot just after 11 p.m. in the 5200 block of Whitaker Avenue. The victim managed to run to a nearby motel.

Deputy Commissioner Ben Naish also highlighted open cases and arrests. He spoke about major focuses including narcotics, carjackings and a new shooting investigation group compiled of detectives pulled from districts across the city.

The new group officially began Monday and is housed in the new police headquarters in the old Philadelphia Inquirer building.