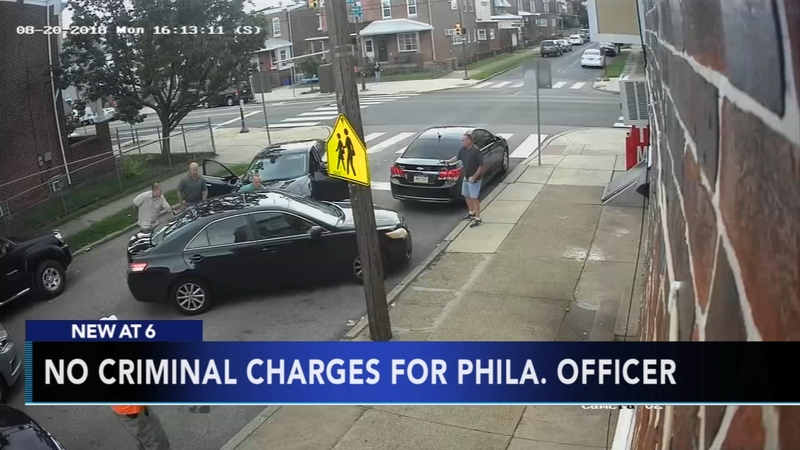 PHILADELPHIA (WPVI) -- A Philadelphia police officer will not be charged following a fatal shooting in the Tacony section of the city this past summer.

Pennsylvania Attorney General Josh Shapiro, whose office was handling the investigation, made the announcement on Tuesday.

Officer Richard Nicoletti, a 29 year veteran of the force, was under investigation for the shooting back on August 20 that left 36-year-old Jeffrey Dennis dead.

"We applied the facts to Pennsylvania law, and accordingly, no criminal charges against Richard Nicoletti will be filed by my Office," Shapiro said in a statement.

Video released by Shapiro's office shows the incident, which happened in the 7100 block of Hegerman Street.

Dennis' car is being driven up the street when it is stopped and immediately surrounded by armed officers from the Narcotics Field Unit.

After a few moments, Dennis hits the gas in an apparent attempt to escape. His vehicle moves back and forth several times, and, at one point, one of the officers was struck.

Dennis's car then slams into a vehicle being used by police, and that's when Nicoletti can be seen firing his gun into the driver's side door.

Dennis was hit in the head and arm.

Shapiro's office says a total of three officers were injured in the incident.

Shortly after the shooting, Dennis' family members met with Philadelphia police officials and called for Nicoletti to face jail time.

The Philadelphia Police Department said Tuesday that the incident remains under internal review.