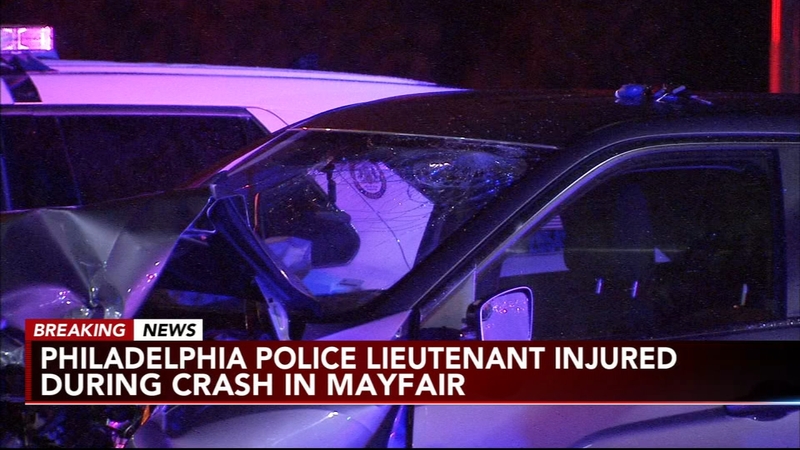 PHILADELPHIA (WPVI) -- A Philadelphia police lieutenant is recovering after a serious crash in the city's Mayfair section.

Police say his SUV was T-boned at the intersection of Tyson and Frankford avenues around 1 a.m. Thursday.

Witnesses say the driver of the striking SUV actually raced past two other cars which were stopped at a red light to try to race through the light, before crashing into the lieutenant's vehicle.

They also described the driver of the striking SUV as speeding and driving recklessly.

The lieutenant suffered a broken nose and head injuries.

A man and woman in the striking vehicle suffered minor injuries and were also taken to the hospital.

Police are trying to determine who was behind the wheel.