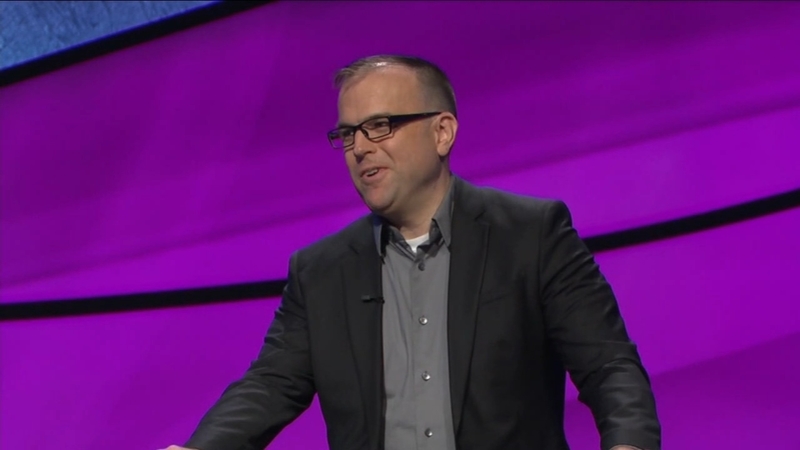 PHILADELPHIA (WPVI) -- A police officer from Philadelphia made quite the impression during Thursday night's episode of 'Jeopardy!'

Patrolman Adam Clark of the Yardley Borough Police Department is getting lots of love from Philadelphia sports fans for his bold wager on a Daily Double.

"Is there a significance?" host Alex Trebek asked.

Earlier in the show, during his talk with Alex, the officer spoke about the time he rescued 11 ducklings.

"Momma duck had lost them down a sewer grate so we had to get a truck with a winch to come in and lift up the grate. I hopped down there. I rescued all the adorable, fluffy little buggers, reunited them with their mom, and we did not charge her with parental negligence. So she got away with that one," Clark joked.

Back to the Daily Double - the category was 'One-Word Book Titles.'
The clue for $1600 was:

"This 1974 James Michener novel covers centuries, not just 1 significant year, in the history of Colorado"

Clark guessed, "What is Gold?"

The correct response was, "What is Centennial?"

Unfortunately, Clark didn't win the game, but he is definitely a winner among Eagles fans.

"Several years ago it was just sort of a pipe dream of mine to get on a game show and now I've done it twice," Clark said.

Clark was on Who Wants to Be a Millionaire a few years ago and now he's ready to wager his chances at landing a spot on Wheel of Fortune.