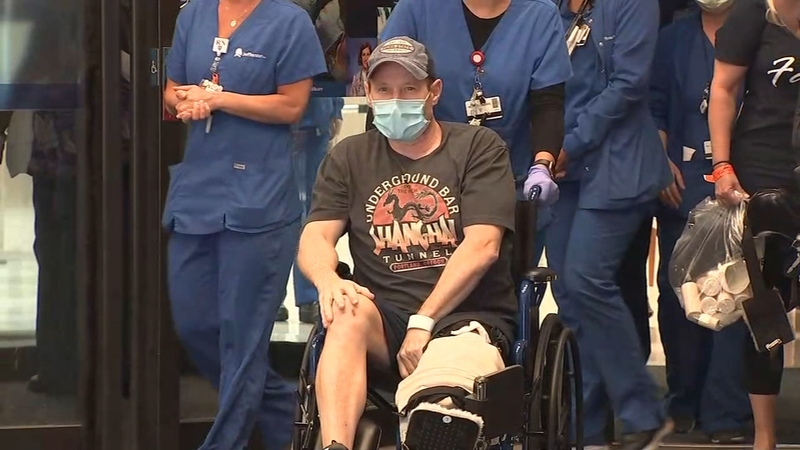 PHILADELPHIA (WPVI) -- A Philadelphia police officer who was shot while trying to help a fellow officer last month was released from the hospital on Tuesday.

Doctors joined family, friends and a line of fellow officers to greet Lt. Robert Friel as he was discharged from Jefferson Hospital.

Lt. Friel was on his way home and off-duty back on May 29, when he intervened to help take an armed man into custody.

An off-duty police lieutenant was shot during an altercation in South Philadelphia.

That man then shot Friel in the leg before being subdued.

The 28-year veteran of the force has undergone three surgeries to help repair the wounds.