3 people, including 2 officers, injured in crash in Feltonville 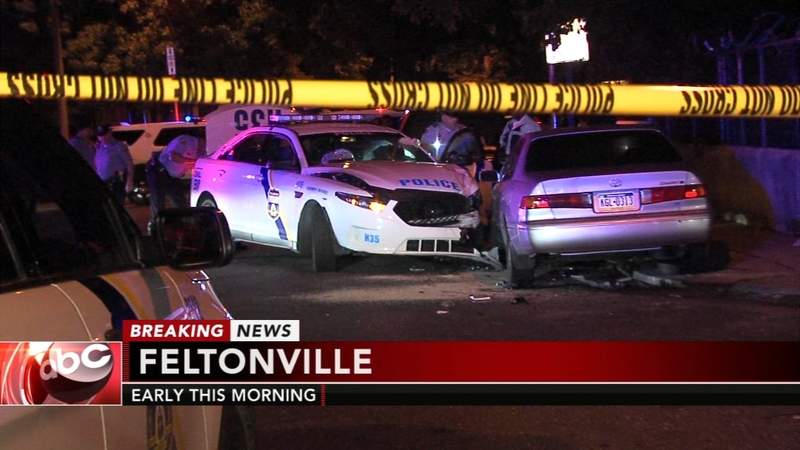 3 people, including 2 officers, injured in crash in Feltonville

FELTONVILLE (WPVI) -- Philadelphia police continue to investigate a crash involving their own in the city's Feltonville section.

The crash happened just after 1 a.m. near the intersection of 3rd Street and the Roosevelt Boulevard.

Police say a cruiser assigned to Highway Patrol crashed into an Acura at the intersection.

The two officers in the cruiser were taken to Einstein Medical Center for minor injuries, and are expected to be released.

The civilian in the Acura remains hospitalized in stable condition.