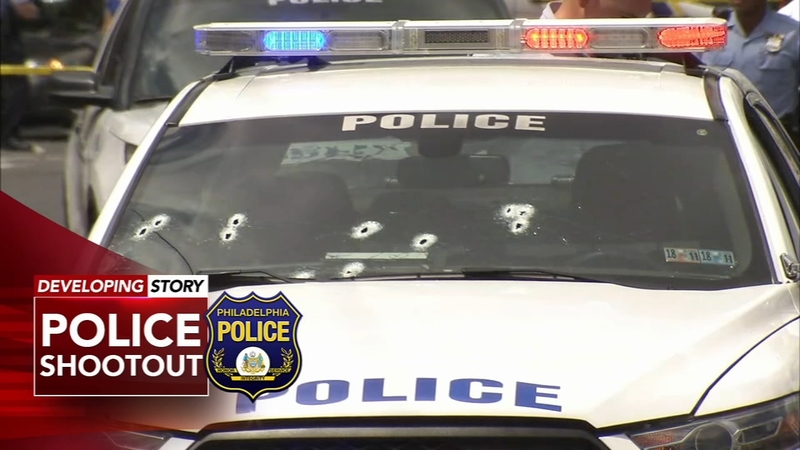 SOUTH PHILADELPHIA (WPVI) -- A suspect is dead after a police-involved shooting in South Philadelphia that left a cruiser riddled with bullet holes.

Despite the damage that could be seen across the windshield of the car at 20th and Snyder streets, no police officers were injured in this incident.

This all began when officers saw a 48-year-old man on a bicycle who had a bulge under his shirt that may have been a gun.

Officers made contact with the man, who then ditched his bicycle and ran.

"The officers are here for crime-fighting reasons and they are trained to look for things like this and believed what they saw was consistent with a firearm. In addition, the male was operating his bicycle against traffic, so they would have stopped him for traffic either way," said Capt. Sekou Kinebrew.

At one point there was an exchange of gunfire between that man and at least one officer on foot. The suspect went down, but then got up and kept running.

A short time later officers inside a cruiser fired on the suspect and the suspect collapsed again.

That vehicle was left with bullet holes in the windshield. However, at this time, police say they are unsure if the bullets came from the suspect who was outside the vehicle, the officers who were inside the vehicle, or both.

Officers took the suspect to the hospital where he was pronounced dead. His name has not been released.

He gets up and moves south along 20th, eventually turning the corner at Snyder. 10 to 20 seconds later what appears to be a police officer is seen running with his arms outstretched as other officers arrive.