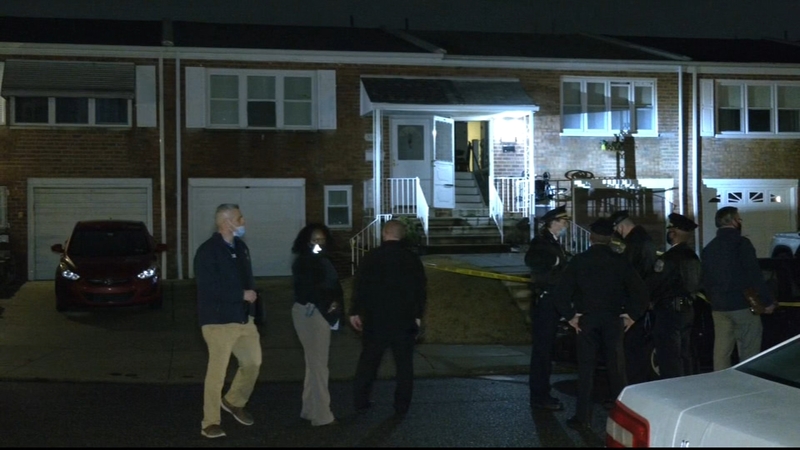 PHILADELPHIA (WPVI) -- Philadelphia police are providing new information on a barricade situation that ended in an officer-involved shooting earlier this week.

Officers were called to the scene after complaints that 53-year-old Gregory Ogrod changed the locks to the property.

When officers arrived at the home they were greeted by 55-year-old JayAnn Kinniry and were allowed inside the residence, according to police. That's when Ogrod allegedly pointed a shotgun at the officers and shouted for them to leave.

At some point after fleeing outside, officers were later ordered to breach the home. Once inside, investigators say SWAT Officer Christopher Sarris observed Kinniry pointing a shotgun in his direction.

"Ogrod, who was positioned behind Kinniry, fired one shot at the breaching SWAT officers. It was at this point that Officer Sarris discharged his weapon one time into Kinniry's abdomen," said police in a news release.

Police say Ogrod suffered a self-inflicted gunshot wound to the head during the incident. He is listed in critical condition at an area hospital.

Kinniry is also listed in critical condition at an area hospital for the gunshot wound to the abdomen.