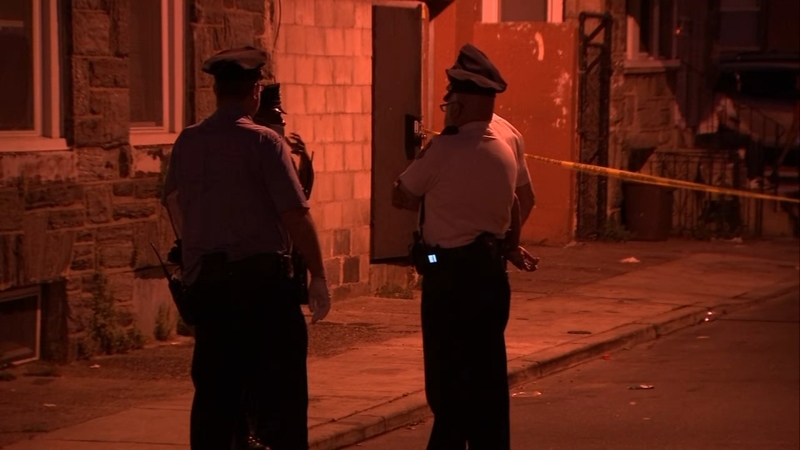 PHILADELPHIA (WPVI) -- Police are investigating the suspicious death of a woman in North Philadelphia on Wednesday night.

The discovery was made around 7 p.m. inside an apartment on the 2100 block of West Cambria Street.

According to Chief Inspector Scott Small, the 33-year-old victim was found dead on the first floor of the building by a maintenance worker who was entering the property to clean another apartment.

It's unclear how the woman died, but Small says the woman may have been stabbed once in the neck.

"It appears to have been a violent struggle inside because there's blood on the walls, on the floors in several different rooms. They also found a large, what appears to be a steak knife inside of the property," said Small.

Neighbors told police that it sounded like there was some type of argument inside the residence and someone may have fallen down the stairs.

The woman has not been identified at this time.