$1.7 million worth of fentanyl seized at Port of Philadelphia 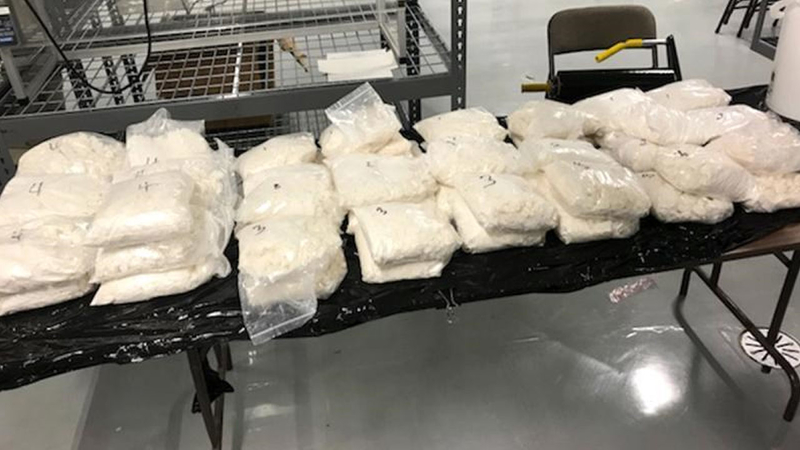 Fentanyl bust at Port of Philadelphia

PHILADELPHIA (WPVI) -- Routine examinations at the Port of Philadelphia led to a big fentanyl bust.

A narcotics detector dog found the drugs in a shipment of iron oxide that arrived from China on June 25.

The seized fentanyl has a street value estimated at $1.7 million.

Officials say they used a handheld elemental isotype analysis tool that can identify over 14,000 chemical substances with the use of a laser or infrared beam to determine the substance was fentanyl.