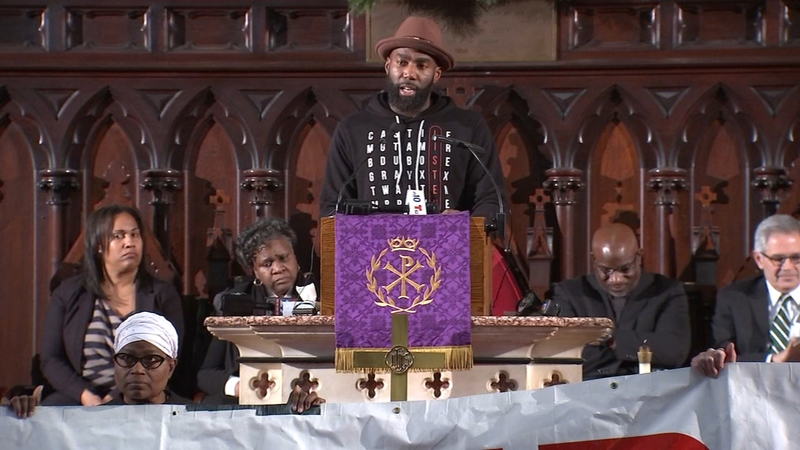 PHILADELPHIA (WPVI) -- Dozens of people gathered in Center City on Monday to make their voices heard in one Philadelphia's highest-profile job hunts.

The group rallied against what they call 'over policing' and demanded transparency as the search continues for the city's next police commissioner. The group also wants a voice in contract negotiations for whoever is chosen for the spot.

Philadelphia Eagles safety Malcolm Jenkins was among those in the crowd calling for fairness and accountability.

"If we want our communities to be safe, we must have more trust between the Philadelphia Police and the community the department promises to protect," said Philadelphia Eagles Captain and Players Coalition Co-Founder Malcolm Jenkins. "The next Commissioner will have the critical task of repairing the harm created by officers who abused their power. The Mayor must listen to the community as he makes his selection, and he must hire someone who promises not to tolerate those on the force who believe they are above the law. The safety of our neighborhoods is at stake."

The group delivered a letter to Mayor Jim Kenney outlining their demands.