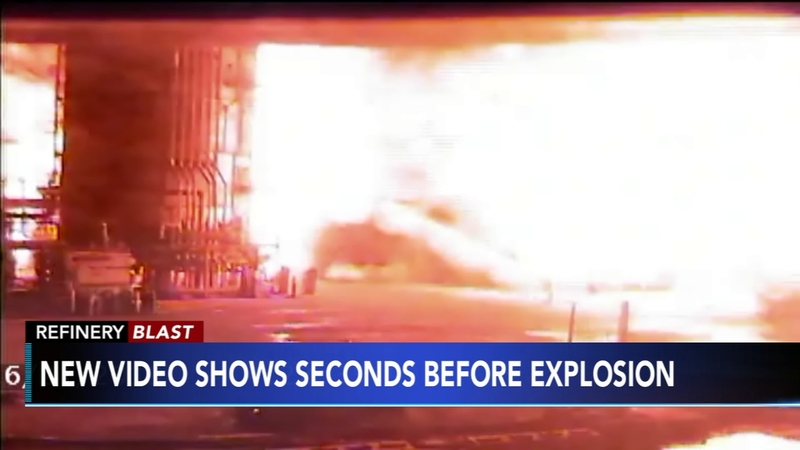 Hydrofluoric acid can be seen starting to leak out of a failed pipeline and turn into a flammable vapor.

Within a few minutes, a fireball erupts.

Five people were hurt in the June 21 explosion. The plant was eventually shut down.

Officials say the piping had not been inspected in the last 45 years.

Earlier this week, the U.S. Chemical Safety and Hazard Investigation Board released a preliminary factual findings report that included a timeline and likely initial cause of the fire.

Investigators found the remnants of the failed elbow pipe, which they said had worn to .012 inches - about half the thickness of a credit card - likely contributing to the release of the flammable vapor.

The board is continuing its investigation and plans to release a final report with an official cause and recommendations, agency investigators said.