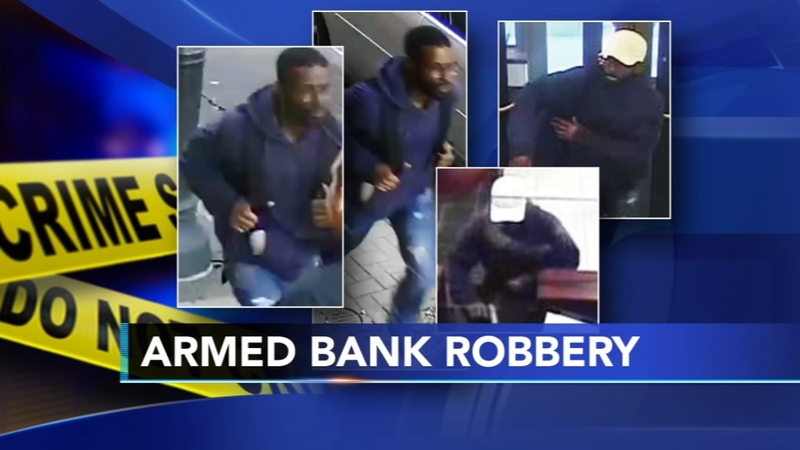 CENTER CITY (WPVI) -- Philadelphia police and the FBI are searching for the man responsible for the armed robbery Monday afternoon of the Republic Bank branch located at 833 Chestnut Street.

Police said at approximately 12:38 p.m., a man entered the bank and approached the counter.

According to investigators, the man pointed a silver semi-automatic handgun at a teller and demanded money.

After obtaining an undisclosed amount of cash, he fled the area of the bank on foot, reportedly heading east on Chestnut, then south on 8th Street. He was last seen heading east on St. James Street in the direction of Washington Square Park.

Police said they are looking for a black man in his 30s of medium height and thin build, with facial hair and wearing eyeglasses. Police said at the time of the robbery he was wearing a dark blue hooded sweatshirt, blue jeans, black and white sneakers, and white baseball cap and carried a dark-colored backpack.

The man is considered armed and dangerous.

Anyone with information about this robbery or this suspect is urged to call the FBI/PPD Violent Crimes Task Force at 215-418-4000.

There is a reward for information leading to this subject's capture; tipsters can remain anonymous.