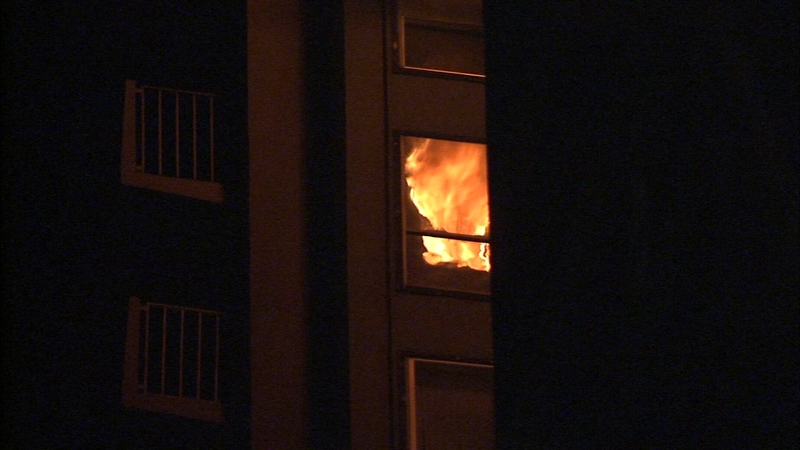 Fire breaks out in Rittenhouse high-rise

RITTENHOUSE SQUARE (WPVI) -- Residents sent texts to one another as they made their escape from a Rittenhouse Square high-rise apartment building early Tuesday morning.

There have been false alarms before at The Dorchester at Rittenhouse Condominiums, but when flames broke out on the 29th floor, residents realized this was the real thing and wanted to make sure everyone knew it was time to leave.

"We know each other. You look around, 'Has anyone seen so and so?' It's a building that I think people are very thoughtful to each other," resident Peggy Curchack said.

Fire crews were called to the apartment complex on the 200 block of West Rittenhouse Square near 19th and Locust streets around 2 a.m.

Arriving firefighters heard a cry for help from a woman who appeared to be trapped on the 29th floor.

Tamra Feldman was one of the residents who fled from the Dorchester.

"I heard the alarm go off and I looked through my blinds. The fire department showed up really fast. I heard this girl screaming, 'Help! Help! Get me out of here!' I was like 'I'm going,'" Feldman said.

Three people were taken to the hospital for treatment of smoke inhalation. They are listed as stable.

A firefighter was also seen being carried away on a stretcher. Though his injuries are not known, he was conscious and appeared to be in good spirits.
Residents were allowed back into the building around 5 a.m.