Officials say video showed the suspect getting into a black Chevrolet sedan with damage to the passenger side hood.
WPVI
By 6abc Digital Staff and Maggie Kent 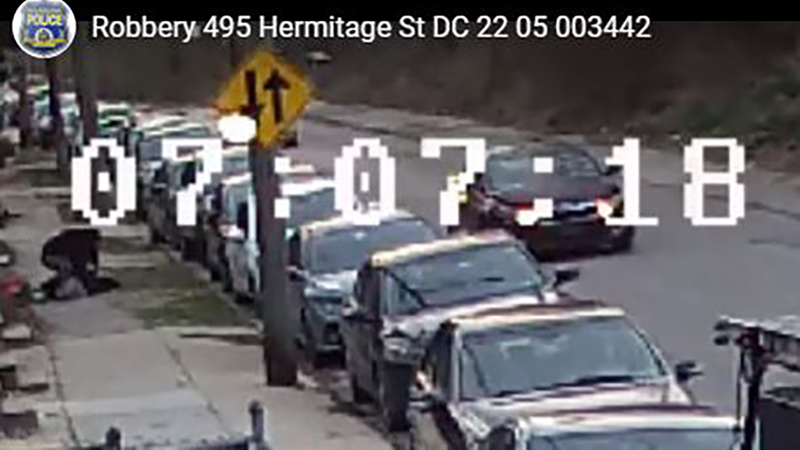 PHILADELPHIA (WPVI) -- Philadelphia police are searching for a suspect wanted for a robbery and assault in the city's Roxborough section.

The incident happened on Wednesday, March 16, just after 7 p.m. on the 400 block of Hermitage Street.

Police say a male victim reported he was beaten and robbed while walking home.

Surveillance video showed the victim was attacked while he was walking with his head down.

That is when an unknown male knocked him down and began to punch and kick him.

The victim told police the robber took $4,000 from him and fled towards Ridge Avenue.

Resident Kimberly Lutz says the man is in his mid-60s, lives nearby, and often stops by her house to chat.

Officials say the video later showed the suspect getting into a black Chevrolet sedan with damage to the passenger side hood and temporary registration in the left side rear window.

Anyone with information surrounding this incident or the whereabouts of this suspect is asked to contact 911 immediately.

Information can also be sent directly by dialing 215-686-TIPS.