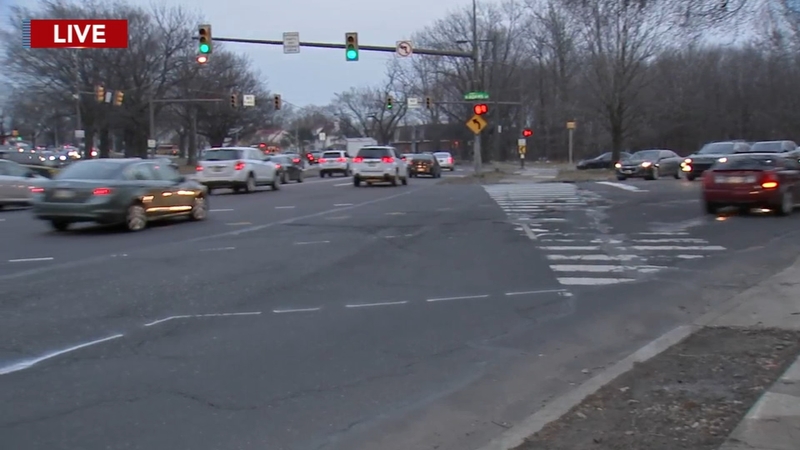 PHILADELPHIA (WPVI) -- There is a dangerous mixed signal that some say is putting pedestrians at risk on a notoriously bad stretch of road.

A viewer alerted Action News that the lights at Adams Avenue and Roosevelt Boulevard are programmed to let people, and turning traffic, proceed at the same time.

"I drive through this intersection every day for work I can't believe that there's a traffic signal like this," said Kyrstin Ciao of Willow Grove.

It is also infamous for accidents.

In June 2015, a 17-year-old girl was struck dead crossing at Adams Avenue in Summerdale. She had the right of way as a pedestrian and the car had a green light.

Angela Dixon, director of planning with the City's Office of Infrastructure and Sustainability says even one accident is one too many.

"We want to slow traffic down and we also want to make sure pedestrians have a safe way to cross the boulevard at that location," said Dixon.

The streets department says it has improved signal times and they hope to put in speed cameras by the end of 2019.

"We've had a lot of concerns, complaints and issues," said Deputy Streets Commissioner Richard Montanez. "Roosevelt Boulevard is in a high injury network and it does have a large percentage of fatalities so we are trying to address that issue."

James White of Northeast Philadelphia said it is very dangerous, especially with all of the people running through red lights and speeding.

The Streets Department has a greater plan to simplify all the crossings along the boulevard by 2025.

Representatives say they rely on the public to let them know what the issues are. They say if you see an issue you can get immediate attention by calling 311.