Investigators were able to obtain security footage from inside the store, but so far no arrests have been made.
WPVI
By 6abc Digital Staff and George Solis 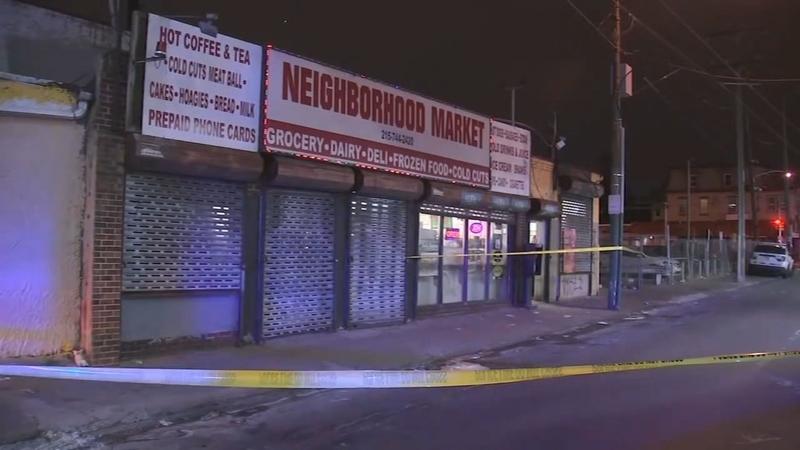 PHILADELPHIA (WPVI) -- One person has died and two others were injured after gunfire rang out inside two convenience stores in Philadelphia on Sunday.

Police responded to the 4500 block of North 7th Street and found a 33-year-old man who had been shot repeatedly just before 12 p.m. in Feltonville.

The man was rushed to an area hospital but did not survive.

Philadelphia police found a 33-year-old man suffering from multiple gunshot wounds inside the store. He later died at the hospital.

The store owner told Action News his parents were in the store at the time of the shooting but were not injured.

Investigators were able to obtain security footage from inside the store, but so far no arrests have been made.

Around 7:30 p.m., police say two people were shot inside a store on the 1500 block of Arrott Street in the city's Frankford section.

Police say the shooting injured a 23-year-old man and a 28-year-old man. Both victims are listed as critical at an area hospital.

The 23-year-old victim is being held as a prisoner, according to investigators.