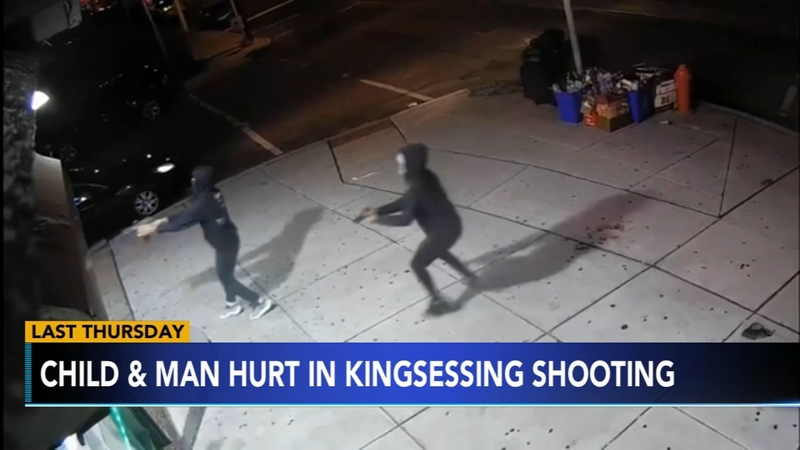 Within seconds, both suspects fired a barrage of bullets toward three men outside a city deli.

One of those men was hit in the leg.

Bullets also hit an 11-year-old boy who was sitting in a parked car nearby. He was struck in the arm, the side, and grazed on the knee. Police say the child is expected to be okay.

Both suspects are still being sought at this time.