Authorities are still working to determine a motive for the shooting.
WPVI
By 6abc Digital Staff 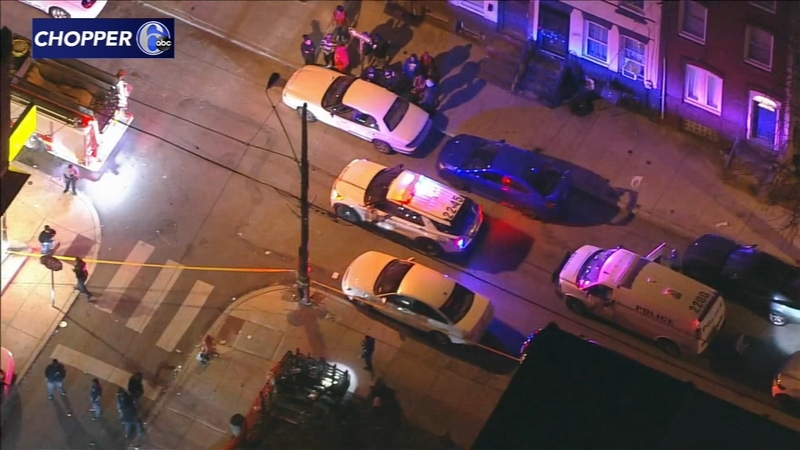 PHILADELPHIA (WPVI) -- Police are investigating after a man was shot and killed on Monday night in North Philadelphia.

Police say officers found a 43-year-old man suffering from at least one gunshot wound to the chest. He was later pronounced dead at the scene.

"Based on the crime scene, we found four spent shell casings from a large caliber semi-automatic weapon. It appears that the shooter or shooters were standing very, very close to this victim when the shots were fired," said Philadelphia Chief Inspector Scott Small.

Authorities are still working to determine a motive for the shooting.

"We did find numerous dice on the sidewalk and on the street. So it's possible this homicide could be related to a dice game. We're not sure at this time. We have no witnesses," said Small.