Man facing murder charges after girl shot, killed while getting off bus in North Philadelphia 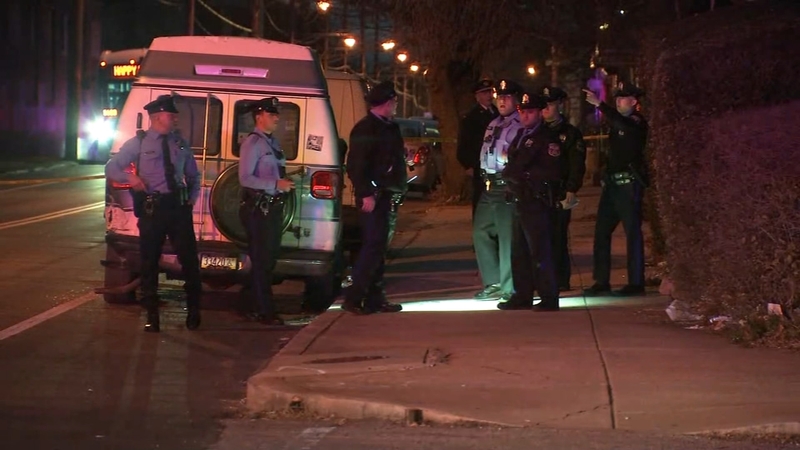 Man facing murder charges after girl shot, killed while getting off bus in North Philadelphia

PHILADELPHIA (WPVI) -- A 41-year-old man is facing murder charges after authorities say he shot a 16-year-old girl while she was getting off a SEPTA bus in Philadelphia, District Attorney Larry Krasner announced Sunday.

The teen was shot while getting off a SEPTA bus at about 4:30 p.m. Saturday at 22nd Street and Sedgely Avenue in North Philadelphia.

Police confirm to Action News that a 16-year-old girl was shot in the left shoulder. She was rushed to an area hospital where she later died.

Robert Ross Jamieson has been charged with one count of murder, three counts of attempted murder and other related charges in connection with the incident. Authorities believe he fired on several people in the area.

According to investigators, Jamieson was firing at random when the girl was struck moments after getting off the bus. He has a prior felony drug conviction that makes him ineligible to carry a firearm.

"We have three witnesses who have identified him as the shooter," Acting Philadelphia Police Commissioner Christine Coulter said Saturday night.

Police confirm a teen girl has been shot. She was rushed to area hospital where she later died.

A suspect has been taken into custody.

"Every shooting is upsetting and everyone is somebody's family member, but when it happens to children or teenagers it just seems the unfairness of it, the sadness of it, is magnified even more," said Coulter.

For some in the community, the violence is too close to home, especially coming off the Thanksgiving holiday.