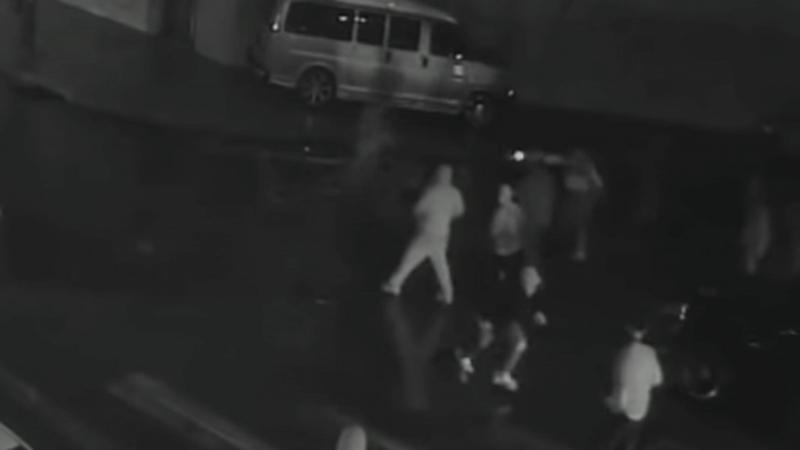 PHILADELPHIA (WPVI) -- Police are investigating a shooting that turned into a pedestrian accident in North Philadelphia last weekend.

Surveillance video shows a group of people arguing in the middle of the intersection in the 3300 block of North 9th Street around 3 a.m. Sunday.

Two of the men start to physically fight, another man pulls out a gun and open fires at one of the people in the scuffle.

Police say the 20-year-old victim was shot once in the leg.

Seconds later, the shooter jumps into his accomplice's van to flee the scene.

But as they make their escape, the vehicle hits a pedestrian, throwing him several feet.

Officials say that victim was scooped up by the people in the van.

Police have not yet been able to find that victim.