Grandmother charged after toddler shoots self in Kingsessing 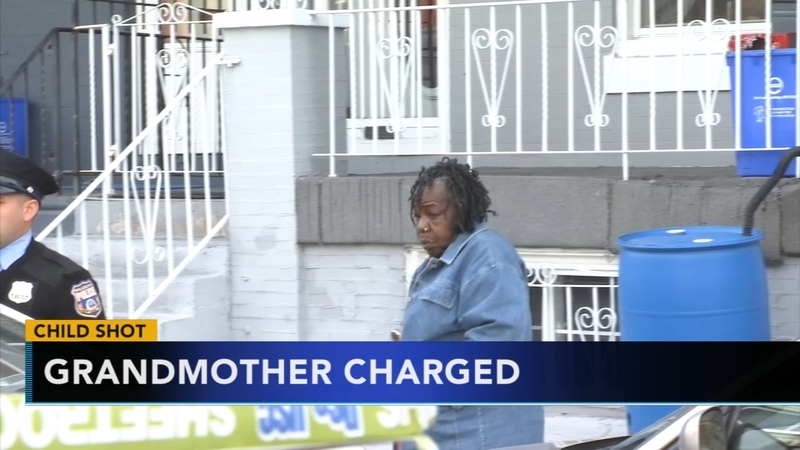 Grandmother charged after child shoots self

KINGSESSING (WPVI) -- The grandmother of a little girl has been charged after the child accidentally shot herself in the leg over the weekend in Philadelphia's Kingsessing neighborhood.

Barbara McGill, 64, is charged with Endangering Welfare of a Child, Recklessly Endangering Another Person and Tampering with Evidence.

Charges were dropped against the child's father on Monday.

Police arrived to find a 3-year-old girl who had been shot in the right thigh.

Investigators said the father was rushing to work and asked his mother to watch his daughter and to secure his gun. The father does have a permit to carry.

"She puts it into a closet, into a holster that doesn't have a lock," said Philadelphia Police Lt. John Walker. "We think she falls asleep, but the child gets a hold of this gun and is able to pull the trigger."

Police said because of the way the girl was sitting when the weapon discharged, the bullet made multiple wounds in the leg, entering through her thigh and exiting out of her calf.

Medics rushed her to Children's Hospital of Philadelphia in stable condition. Police said the 3-year-old girl remains at CHOP where she was undergoing surgery in an attempt to save her leg.

Police said the 911 call from the home was only for a "person bleeding," and when medics first arrived on the scene, the grandmother and other people in the home did not tell them that this was a gunshot wound nor that there was a gun in the house.

Authorities say this is the third accidental shooting involving children in the last two months in Philadelphia.

They are urging parents across the city to be vigilant in an effort to prevent more cases like it in the future.