"I didn't know they were gunshots. I thought it was just like banging on the bar," said a Ralph's Bar customer.
WPVI
By 6abc Digital Staff and Bob Brooks 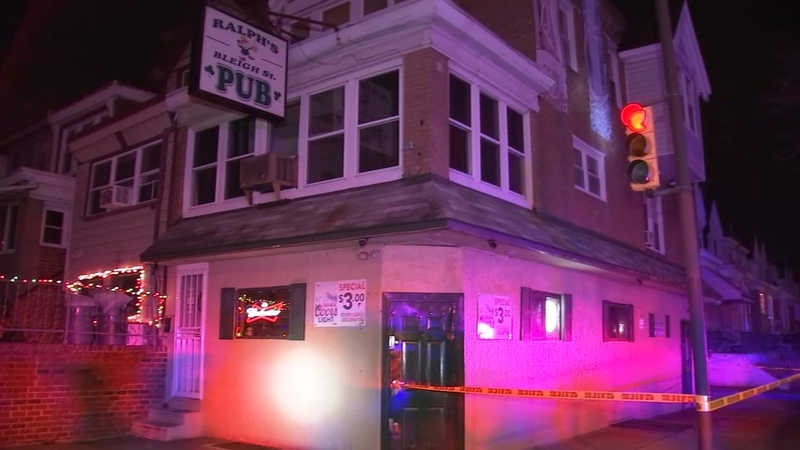 PHILADELPHIA (WPVI) -- Three people were shot after an altercation inside a Philadelphia bar on Tuesday night.

It happened at Ralph's Bar around 6:30 p.m. on the corner of Torresdale and Bleigh avenues in the city's Mayfair section.

Detectives say there were 15 people inside the business when the gunfire erupted following some type of argument.

"At some point he pulls a gun from his waistband, backs up and just begins to fire at people who are all clearly trying to do the right thing," said Philadelphia Police Captian John Walker.

Three men, including a 33-year-old and a 38-year-old, were injured in the shooting, police said.

Chopper 6 overhead after shooting inside Mayfair bar on Dec. 7, 2021.

The victims, who are expected to survive, allegedly had nothing to do with the argument that led to the shooting.

Theresa Burger was there celebrating her birthday when the violence broke out.

"I didn't know they were gunshots. I thought it was just like banging on the bar," said Burger, who was in the bathroom when the bullets started flying.

Police say security video shows the gunman casually walking around inside after the shooting.

The suspect has not been identified, but police say at least one arrest was made.

A total of seven people were shot in the city on Tuesday night.